Smoking Can Be Hazardous to Your Flying Career 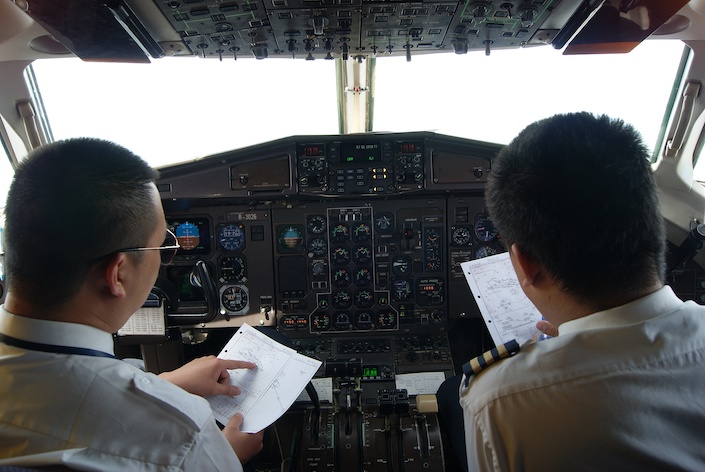 If you thought smoking was banned on all commercial flights in China, guess again.

While passengers are barred from lighting up in the main cabin and lavatories on all commercial flights, a loophole in China’s aviation rules forgot to apply the same ban to the cockpit. One might figure the captain and crew would know better than to smoke in such a closely confined area, but apparently that isn’t always the case.

Two incidents in the second half of last year cast a spotlight on the loophole, including one that made global headlines. That incident in July saw an Air China flight from Hong Kong to the northeastern port city of Dalian go into an emergency descent after oxygen levels suddenly fell in the main cabin.

A subsequent investigation revealed a co-pilot who had been secretly vaping in the cockpit thought he was turning off a fan to prevent his smoke from spreading to the main cabin. But he accidentally turned off the plane’s air conditioning system instead. Oxygen levels dropped in the cabin, causing breathing masks to come down and the plane to go into an emergency descent.

A similar incident occurred last month on a Shandong Airlines flight headed from the city of Yantai to the southern city of Shenzhen. In that instance a pilot was smoking in the cockpit when an ash from his cigarette got lodged in a crack. One thing led to another as he tried to retrieve the ash, resulting in disruption to the autopilot that caused the plane to tilt wildly.

Certainly not fun for the many passengers onboard who had no idea what was happening.

A new rule set to take effect at the end of this year will close the loophole by making it clear that smoking is prohibited anywhere on the plane. But in light of last year’s incidents, the aviation authority issued a notice this week asking airlines to implement the new no-smoking part of the rule in advance.

So on your next flight, don’t hold your breath waiting to hear: “Ladies and gentlemen, this is your captain smoking.”