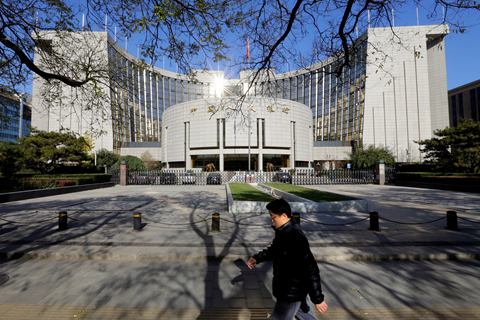 China’s central bank plans to create a mechanism to encourage banks to replenish their capital by issuing perpetual bonds, or debt instruments that have no fixed maturity date.

Swap agreements will normally be for no more than three years. The central bank bills cannot be used for spot bond trading or outright bond repurchases but can be used as collateral for financial institutions participating in the central bank’s monetary policy operations, the PBOC said.

The CBS will accept perpetual bonds issued by banks that meet certain conditions: a capital adequacy ratio of no less than 8%, a nonperforming loan ratio of no more than 5%, profitability in the most recent three years and assets of at least 200 billion yuan, according to the statement.

The swaps will not involve base currency flow and thus will have a neutral impact on liquidity of the banking system, the central bank said.

Creation of the CBS system doesn’t mean the central bank will directly buy perpetual bonds from banks, said Zeng Gang, a researcher with the Institute of Finance and Banking of the Chinese Academy of Social Sciences. Rather, it will provide an exit and swap mechanism for perpetual bonds,

Bank of China won approval last week to become the nation’s first issuer of perpetual bonds with a plan to sell as much as 40 billion yuan ($5.8 billion) of them.

Ming Ming, head of fixed-income research at Citic Securities Co., said he expects a large supply of perpetual bonds. Many financial institutions will want to hold these bonds, but if they stay on banks’ balance sheets, they will soak up banks’ liquidity, so the swaps system is necessary to maintain liquidity around perpetual bonds, Ming said

Zeng at Chinese Academy of Social Sciences said he expects enthusiastic demand for banks’ perpetual bonds. Institutions may want to hold such bonds for the long term, so market demand for the CBS may not be particularly strong, he said.