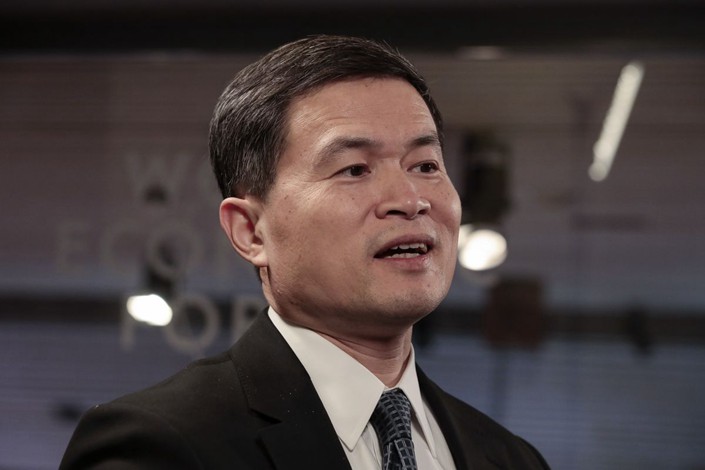 (Bloomberg) — A top Chinese regulator said more approvals will be given in the next six months to global banks seeking majority ownership in their local securities ventures, as authorities vowed to allow foreign firms greater access to its $40 trillion financial sector.

“We do have a few companies in the process of applying for 51%,” Fang Xinghai, vice chairman of the China Securities Regulatory Commission (CSRC), said Thursday in a Bloomberg Television interview with Haslinda Amin on the sidelines of the World Economic Forum in Davos, Switzerland. “In the next six months you will see more licenses being granted.”

UBS Group AG in December became the first foreign company to win approval for a majority stake in a local securities venture under new rules as President Xi Jinping said the country was “steadily widening the opening-up” of its financial industry. Nomura Holdings Inc. and JPMorgan Chase & Co. have also filed applications.

Fang said that, while the regulator can grant “very swift” approval, the application process tends to take longer as the foreign shareholder must buy the stake from a local partner. “It’s these kind of procedures that have occupied the time,” he said.

China’s representatives at Davos this year have echoed Xi’s defense of globalization amid a trade war with the U.S. Leaders have said that more foreign participation in the financial sector can improve the quality and sophistication of domestic industry and make capital more efficient.

Meanwhile, Fang blamed the U.K.’s Brexit distraction for the delay of the Shanghai-London connect program that will allow cross-border stock listings. The program, originally to start on Dec. 14, has failed to launch and no official comment has been made on its status.

You have to ask the British government,” said Fang, adding that China remained committed to moving ahead with the connect and forging a stronger link between London and Shanghai. “They have to get their vision right.”

For Chinese traders and fund managers, the connect will offer a chance to buy into some globally renowned companies and broaden their investment universe, while investors in London will get local access to Chinese stocks.