By Huang Shan and Fran Wang 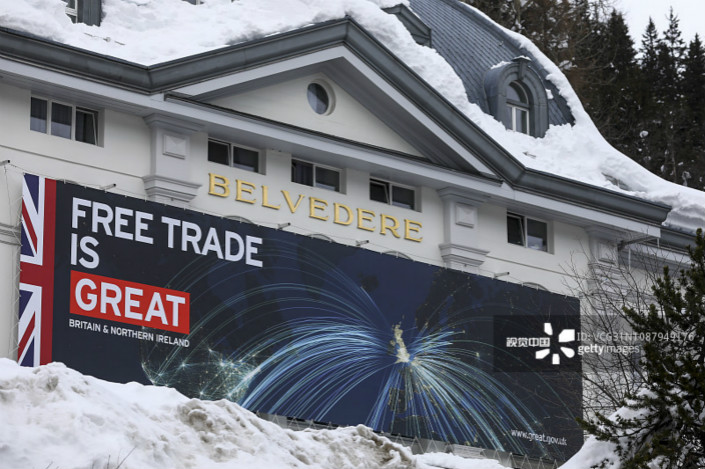 (Davos, Switzerland) – Vice President Wang Qishan’s message to the World Economic Forum (WEF) that China will seek to address its problems through pursuing development rather than blaming others earned plaudits from analysts, who said it sent positive signs about China’s efforts to resolve the trade dispute with the U.S. and about its support for trade and investment.

“We must look for a better way of cutting the cake while making the cake bigger,” Wang told hundreds of government officials and business leaders at the forum in the Swiss mountain town of Davos on Wednesday. “Blaming others will not solve problems. Facing problems, China’s choice is to do its own things well in a resolute manner.”

The interests of all nations are now intertwined and China is ready to contribute to growth and development in other countries, he said. China will defend multilateralism and globalism in the face of increasing unilateralism and protectionism.

“Today, China's interests and destiny are bound together with the rest of the world. China hopes that as it pursues its own development it can, at the same time, develop hand in hand with other countries and build a community of shared future for mankind,” he said.

Wang also cautioned against technological hegemony. Innovation and new technology bring opportunities as well as risks, and can promote the development and progress of society. But they can also challenge regulations and the existing order. These rules should not be allowed to stand in the way of development, but should be adjusted to fit the new environment, he said.

The tone of Wang’s speech was consistent with President Xi Jinping’s pledge made at the WEF in January 2017 that China will be a champion of free trade and open markets, comments that boosted confidence in globalization amid growing concerns that protectionism and populism were on the rise.

“This year Wang is continuing that legacy, but more confidently asserting that (China) will contribute in its own distinctive way," said Hannah Cotillon, an Asia analyst with London-based political risk consultancy AKE International. Wang’s speech scored “wins for Beijing” at a time when U.S. President Trump has become “so unpopular among the Davos elite,” she added.

A community of shared future for mankind is a Chinese concept that was promoted by Xi in a speech delivered to the 70th Session of the United Nations General Assembly in 2015 and again in a speech to the World Economic Forum in 2017. The goal is to get rid of the Cold War mindset and power politics in international relations, solve disputes and differences through dialogue and consultation, and work in a concerted manner to deal with conventional and non-conventional security threats. It also calls for liberalization of trade and investment to make economic globalization more open, inclusive and balanced, urges respect for cultural pluralism and seeks international cooperation to tackle climate change.

Wang’s speech at this year’s forum was closely watched by analysts for clues about China’s stance in negotiations with the U.S. ahead of a March 1 deadline as the two countries seek to resolve their trade dispute. China’s Vice Premier Liu He is heading to Washington for the next round of talks at the end of this month. The Trump administration has said that if a deal isn’t agreed by March 1, the U.S. will go ahead with an earlier pledge to increase punitive tariffs on $200 billion worth of Chinese imports from 10% to 25%.

Nariman Behravesh, chief economist at global research firm IHS Markit, said the Trump administration should listen to Wang’s speech and soften its position in the bilateral trade negotiations because the row has hurt not only China but also the U.S.

“Certainly the message for the U.S. is an important one because there is a tendency among Mr. Trump’s advisors and Mr. Trump himself to think that the U.S. can go it alone,” he told Caixin on the sidelines of the WEF. “I think that’s mistake. The U.S. can only succeed if the two are part of a global system.”

There is a growing sense among Trump’s support base, which includes farmers and manufacturing workers, that his trade policies are “doing a lot of harm,” he said. Prices for consumers are rising due to higher tariffs on imported goods and American jobs are being lost as companies move production away from the U.S. to avoid retaliatory duties imposed by governments of other countries, he added.

“My guess is (Washington) will take a softer position (in trade talks with China),” Behravesh said.

“I hope there will be movement on both sides … and we can de-escalate things further,” he said, noting that China is also keen to settle the dispute to reduce the downward pressure on the country’s economic growth.