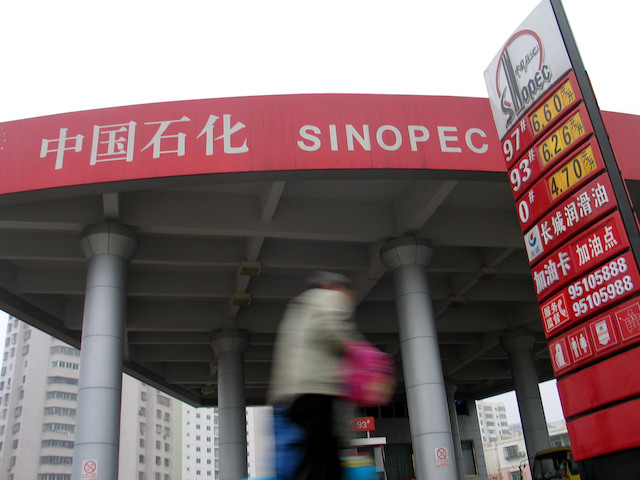 The statement Friday comes after Unipec, a wholly-owned trading arm of Sinopec, suspended two top officials in December after it suffered losses on crude oil transactions due to oil price slumps. The firm was investigating risk-management flaws in the company’s hedging operations, Unipec sources said.

“After the investigation, we found that Unipec misjudged the trend of international oil prices during its purchase and import of crude oil, as well as carried out improper trading strategy in some of its hedging operations,” Sinopec Vice President Huang Wensheng said in a statement.

This misstep resulted in “losses on crude oil futures business amid the falling oil price,” he added.

Huang said the total operating loss for Unipec was 4.56 billion yuan throughout 2018, without breaking down the exact number of the trading loss on hedging operations. He added that Unipec earned some 6.4 billion yuan in trading physical crude oil during the same period.

Unipec’s trading loss has caught the attention of the market as well as the state-owned Assets Supervision and Administration Commission (SASAC), the state supervisor of SOEs. Weeks after the loss was revealed, SASAC vowed to better contain risks from the financial businesses of SOEs and clamp down further on their financial investments in 2019.

A previous version of this story misstated Sinopec's operating loss