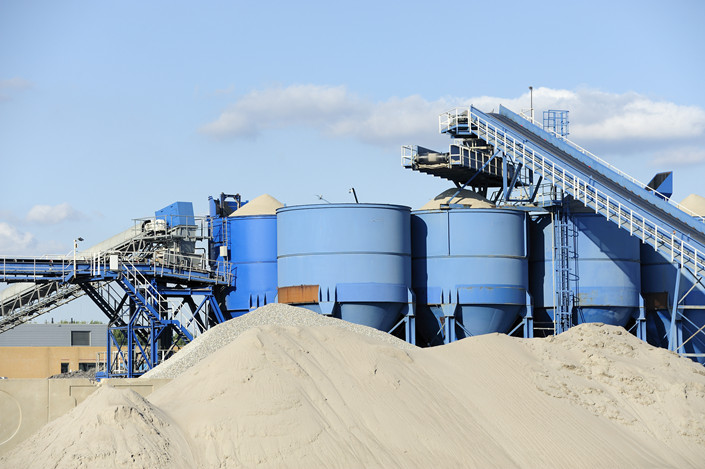 The Tanga development is needed to help support a boom in infrastructure development in Tanzania, with work on $5.7 billion of projects expected to start before 2020. Photo: VCG

The Tanzanian Investment Centre recently announced it granted permits to Sinoma International Engineering Co. Ltd. and its subsidiary Hengya Cement Co. Ltd. to start building a $1 billion cement factory and 1.2 gigawatt power plant in the northeastern port city of Tanga, according to local media. Construction of the facilities, which were first announced in early 2017, was supposed to begin in May 2017, according to earlier media reports. Once finished the factory will produce 7 million tons of cement annually, with 30% earmarked for domestic use and 70% for export.

The cement factory and power plant mark the first stage of a three-year plan involving the investment of $3 billion to develop a construction materials park that will be the largest in East Africa, according to a statement on Hengya’s website in November. The park will incorporate a dedicated terminal for importing raw materials and exporting finished goods.

The Tanga development is needed to help support a boom in infrastructure development in the country, with work on $5.7 billion of projects expected to start before 2020, according to a report from consultancy BMI Research. The cement plant is also part of the government’s drive to reduce the country’s reliance on imports and turn it into a major exporter of the raw material.

For Sinoma International, the deal marks the latest step in its overseas expansion strategy. It has already built cement plants in Southeast Asia, the United Arab Emirates, Russia, Nigeria and Iraq, and its overseas business accounted for about 81% of its total revenue in the first half of 2018. In December it also signed a deal to build a $480 million plant in Tanzania’s neighbor, Zambia.

The Chinese government has been encouraging its state giants to expand overseas since the early 2000s through its “Going Out” campaign, and especially more recently as growth in domestic demand has been slowing. The strategy has taken on added significance since President Xi Jinping unveiled his Belt and Road Initiative in 2013, which aims to revitalize the old Silk Road trading routes to Europe through massive infrastructure construction.

Demand across the wider region is the “undeniable driving force” behind the factory development, he said. “We know many parts of Africa are urbanizing and industrializing rapidly, armed with favorable demographics, rising incomes and tremendous catch-up potential.”

Chinese companies are also poised to benefit from strong relations with the Tanzanian government at a time of increasing mistrust in other international companies, said Aly-Khan Satchu, CEO of Kenya-based investment advisory firm Rich Management Ltd. “It’s an interesting development which speaks to geopolitics and the economics of the cement opportunity,” he said.

“President Magufuli has been running a very aggressive and ‘nationalist’ campaign,” introducing several tougher foreign investment laws and fining international gold miners such as London-listed Acacia Mining PLC. “Magufuli has been chafing at ‘interference’ around domestic policies, but specifically cited China as one of the good guys, Satchu added.