By Wang Liwei and Liu Jiefei 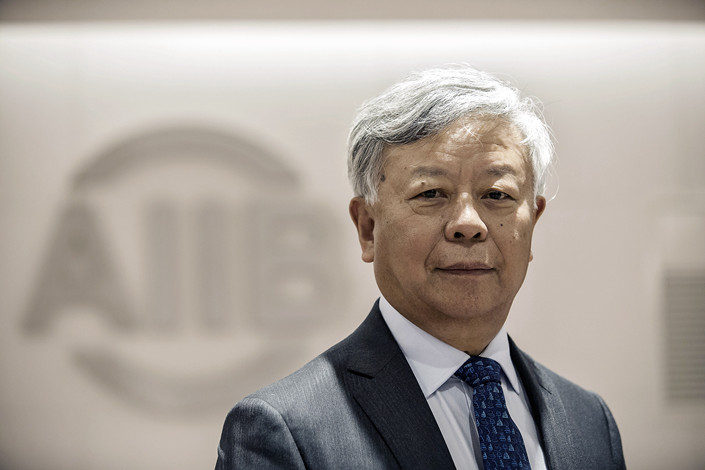 Jin Liqun, president of the Asian Infrastructure Investment Bank, said that the bank’s investing more in China will help it improve its asset quality. Photo: VCG

The head of the Asian Infrastructure Investment Bank (AIIB) said it could lend more money to China’s infrastructure projects to help improve its asset quality because they are less risky than those in other developing countries.

“Chinese assets are of good quality, and ratings agencies are relatively reassured” about investments there, Jin told Caixin. Lending to some developing Asian countries would increase their debt burden, he said. But investing more in China will help the bank to improve its asset quality, allowing it to invest more in infrastructure projects in countries of higher risk. “Ratings agencies will be upset if all of the projects are in risky countries,” he said.

Jin said he wanted to keep AIIB’s lending to China to below 10% of the bank’s total lending. The current figure is well below that threshold.

The AIIB currently has only one project in China, which amounted to about 3% of the bank’s total lending at the end of 2018, according to bank data. The project, which was approved in December 2017, aimed to improve air quality by replacing coal with natural gas in rural villages around Beijing. The AIIB agreed to lend $250 million to finance the project at the request of state-owned Beijing Gas Group Co. Ltd. — providing 32.85% of the total cost.

The Chinese government said when it founded the AIIB that it would not seek funding in the bank’s first few years of operation, so it mainly considered providing support for Chinese enterprises, said Yee Ean Pang, director general of the AIIB’s investment operations, when it announced the project.

As the lead founder and a major shareholder of AIIB, China stated clearly that it wanted the majority of AIIB’s capital to finance infrastructure projects in other developing countries, and would borrow from AIIB in cross-border projects, Jin said.

However, with cross-border projects going poorly for the AIIB, Jin suggested the bank consider the Beijing gas project, which was in line with the Paris Agreement’s call to reduce greenhouse gas emissions.