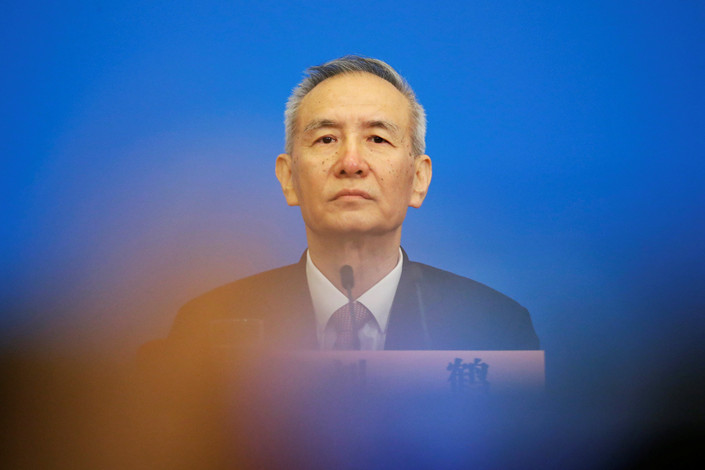 (Bloomberg) — The U.S. and China launched high-level trade talks in Washington with little indication that Beijing will bend to U.S. demands to deepen economic reforms.

Talks between senior officials from the two sides, led by U.S. Trade Representative Robert Lighthizer and Chinese Vice Premier Liu He, at the White House complex in Washington that began on Wednesday morning were expected to be followed by a working dinner. Negotiations will resume Thursday, when President Donald Trump is expected to meet Liu.

They’re the highest-level talks since Trump sat down with Chinese President Xi Jinping in Argentina on Dec. 1 and declared a 90-day truce to reach a lasting deal to end the trade war.

While a breakthrough deal is seen as unlikely from this round of negotiations, the White House has said a concluding statement will be released on the progress they’ve made on core issues such as Chinese technology transfers and intellectual property practices, market access and Beijing’s pledge to buy more American goods.

Financial markets around the world rose Wednesday as the trade talks started. The gains accelerated in the afternoon, pushing the S&P 500 to the highest since Dec. 6, after the Federal Reserve said it will be “patient” on any future interest-rate moves. The Chinese yuan trading offshore surged to the strongest level since July.

Fed Chairman Jerome Powell on Wednesday expressed concern that prolonged negotiations could cause further uncertainty for investors. “The concern is a longer drawn-out set of negotiations, which could result in sapping business. Uncertainty is not the friend of business,” Powell said in response to a question during a press conference.

According to a person familiar with the meeting agenda, Lighthizer and Treasury Secretary Steven Mnuchin were scheduled to give opening remarks at the talks Wednesday morning. Officials also met Tuesday to hammer out preparatory work for the negotiations, but there was no report of progress on structural issues, people familiar with the talks said.

Unless a deal is reached by March 1, the U.S. has threatened to raise tariffs on $200 billion worth of Chinese products to 25% from 10%.

Administration officials and other people familiar with the state of play say the two sides remain far apart on key issues, with the U.S. side still engaged in an internal debate over how to proceed and ill-prepared for this week’s meetings. The U.S.’s unveiling this week of criminal charges against Chinese corporate giant Huawei Technologies Co. Ltd. isn’t helping the mood.

The last round of U.S.-China talks led by Deputy U.S. Trade Representative Jeffrey Gerrish in Beijing earlier this month, ended with no progress on IP practices and technology transfer issues, which are the U.S.’s main concerns in the trade war that has roiled financial markets for months. China did offer at that meeting to go on a six-year buying spree to ramp up imports from the U.S., which was met with skepticism from the Trump administration.

In a sign that Beijing is serious about addressing U.S. complaints, Chinese lawmakers this week completed a second review of a new law that is aimed at protecting the IP of foreign investors and banning forced technology transfers.

But U.S. business groups said the draft law will not address the real regulatory issues of concern where forced technology transfers are occurring in the Chinese system. Another longstanding concern with Chinese laws is the breadth and scope of the national security review, the U.S. Chamber of Commerce, AmCham China and AmCham Shanghai said in comments submitted on the bill.

Trump this month said that China’s slumping economy gave the country no choice but to make serious commitments. “China posts slowest economic numbers since 1990 due to U.S. trade tensions and new policies,” Trump said Jan. 21. “Makes so much sense for China to finally do a Real Deal, and stop playing around!”

But the impact of Trump’s trade policy is also being felt by the U.S. The non-partisan Congressional Budget Office on Monday said it expected that Trump’s tariffs on steel, aluminum, and Chinese goods would cut the U.S.’s real gross domestic product by at least 0.1% on average through 2029. It also predicted overall U.S. GDP growth would slow to 2.3% this year, 1.7% in 2020, and 1.6% in 2021.