By Ren Bo and Tang Ziyi 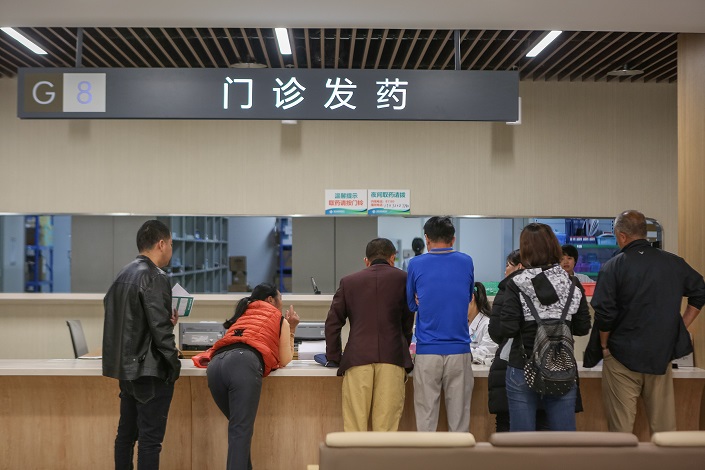 People wait at a hospital in Haikou, Hainan Province, on Jan. 24. Photo: VCG

Chinese authorities are investigating reports that a batch of 12,000 units of human blood plasma products sold in the country has been contaminated with HIV, in the country’s latest public health scare linked to pharmaceutical companies.

The NHC and China’s pharmaceutical watchdog, the National Medical Products Administration (NMPA), both said Wednesday (link in Chinese) that they have told medical institutions across the country to stop using and seal up the affected products, which are derived from human blood and used to treat immune disorders. NHC said it has asked institutions to monitor patients who have received the treatment.

Meanwhile, Shanghai’s Food and Drug Administration said (link in Chinese) it has ordered the company to halt production and to start an emergency recall of the drugs.

The Shanghai regulator added that experts from central medical authorities were inspecting the company’s production site in the city, and that the incident is currently under investigation.

Shanghai Xinxing didn’t respond to Caixin’s requests for comment. China is currently in the midst of a seven-day public holiday to mark the Lunar New Year, during which many businesses are closed.

The risk of HIV infection through blood products remains low because the products usually undergo the processes of virus removal and inactivation, industry analysts told Caixin.

According to screenshots circulating on Chinese social media earlier this week, the provincial disease control center in eastern China’s Jiangxi province first reported the alleged contamination to the NHC.

Officials haven’t disclosed how many patients have been treated with the blood plasma product and if any have been infected with HIV after receiving treatment.

The affected batch passed quality tests by Shanghai authorities on Oct. 12th, according to the government-run National Institutes for Food and Drug Control.

The investigation comes just a few months after a major health product scandal in July, when Chinese vaccine maker Changchun Changsheng was accused of producing and selling nearly 500,000 doses of substandard vaccines for diphtheria, pertussis and tetanus.