By Peng Qingqing and Han Wei 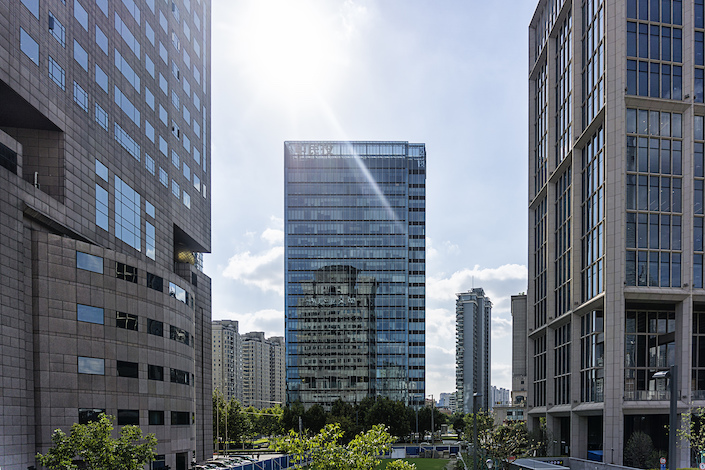 Debt-ridden investment group China Minsheng Investment Group Corp. Ltd. (CMIG) was hit Monday by another sell-off that wiped out nearly 28% of the value of its bonds as investor anxiety builds amid the company’s deepening liquidity woes.

The price of CMIG’s 4.48 billion yuan ($659.4 million) of three-year bonds traded on the Shanghai Stock Exchange plunged as much as 30% Monday, the first trading day after the week-long break for the Chinese New Year. The drop forced exchange regulators to abruptly halt trading in the bonds twice during the day.

Although the debt, which matures in December 2020, recovered slightly in the afternoon, it finished the day down 27.85% at 36.65 yuan. The bond, which pays an interest rate of 7%, has been hit by big sell-offs over the past month, dropping sharply below its average trading price of 85 to 90 yuan over a few months before January.

On Jan. 23, the bond lost 28.43%, mainly due to sales by retail investors who tend to trade on mood swings, CMIG said in a statement to Caixin. But an executive with the fixed-income department of a brokerage firm in an eastern region of China told Caixin that the slump was triggered by sales ordered by the risk management departments of some institutional holders, such as private-fund managers.

The sell-offs reflect mounting concerns that the company is facing a liquidity crisis. CMIG failed repay back at least part of a 3 billion yuan loan in late January. The company has yet to explain whether and how it plans to make the payments, which are in form of private placement notes that are sold by nonfinancial firms in the interbank bond market.

“It is so strange because there are so many rumors on the market, and the company has yet to make any response,” said a bondholder of CMIG, citing investors’ worries over a potential default.

Established in 2014 with registered capital of 50 billion yuan, CMIG is owned by 59 private Chinese companies. CMIG has been heavily dependent on short-term loans from banks and on bond issuance to expand its investment business. But that funding model has come under increasing pressure after regulators put the squeeze on the financial sector to control leverage and rein in risks, and CMIG is struggling to roll over its old debts.

According to its website, CMIG focuses on investment in emerging sectors such as solar energy, manufacturing, sustainable energy, renewable energy, real estate and business-jet services.

CMIG will have 15 bonds maturing by the end of 2019 with total repayment of 20.8 billion yuan, including a 1 billion yuan bond due March 24.