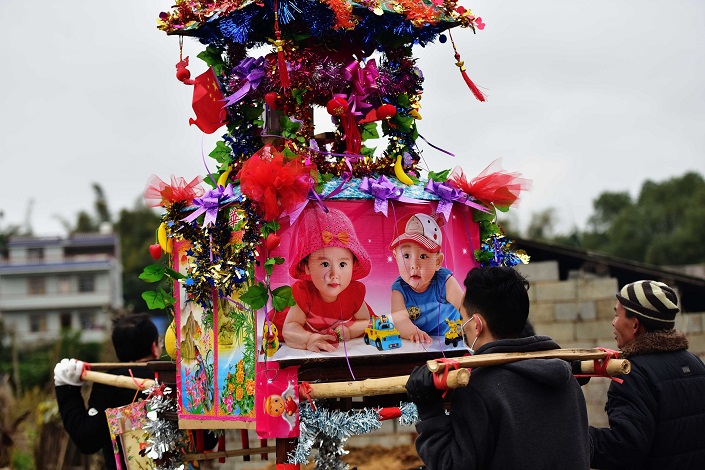 Villagers in Shanxi province carry a structure decorated with symbolic objects and photos of babies as part of a traditional celebration intended to bring luck in the new year. Photo: VCG

In a response to formal suggestions put forth by a delegate to the National People’s Congress, China’s legislative body, published online (link in Chinese) on Jan. 8, the NHC wrote that family planning laws are formulated in accordance with the constitution, it would not be appropriate to delete “family planning” content.

The NHC’s response, which didn’t mention specific statutes, attracted Chinese media attention after being noticed by reporters this week as many academics and experts have called for the lifting of all legal limits on the number of children families are allowed to have.

The calls for changes to China’s family planning policy grew stronger after it was announced that 2018 saw 2 million fewer births than 2017, a historic drop. China is facing a major demographics problem as the population ages and families are choosing to have fewer – if any – children.