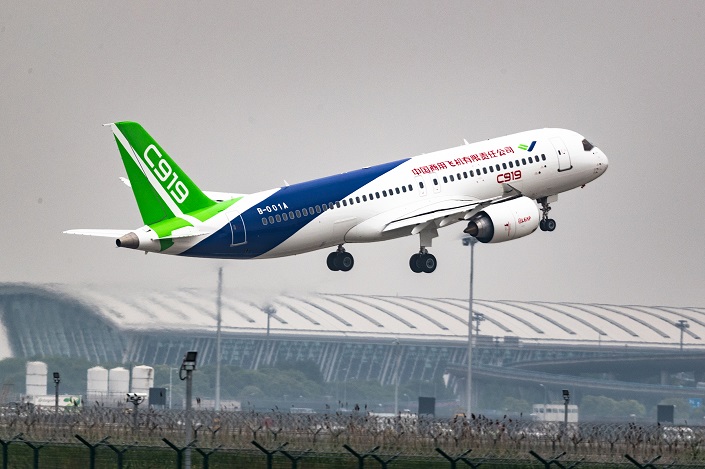 The airline signed an agreement with COMAC expressing interest in purchasing C919 planes in 2010.

The C919 was designed to rival the Boeing 737 and Airbus A320, and to challenge Boeing and Airbus' dominance in global aircraft manufacturing markets. COMAC formally unveiled the concept of the C919 in 2009, and completed the first flight test in 2017.

Apart from the C919, COMAC makes two other aircraft models: the ARJ21 for short and mid-distance regional trips, and the CR929 for long-distance travel. The former is already in commercial use while the latter is still in development.

People close to the matter told Caixin that they're expecting more Chinese airlines to purchase aircraft from COMAC, as part of a strategic national aviation plan.