Editorial: To Fix China’s Economy, Local Governments Must Change How They Compete 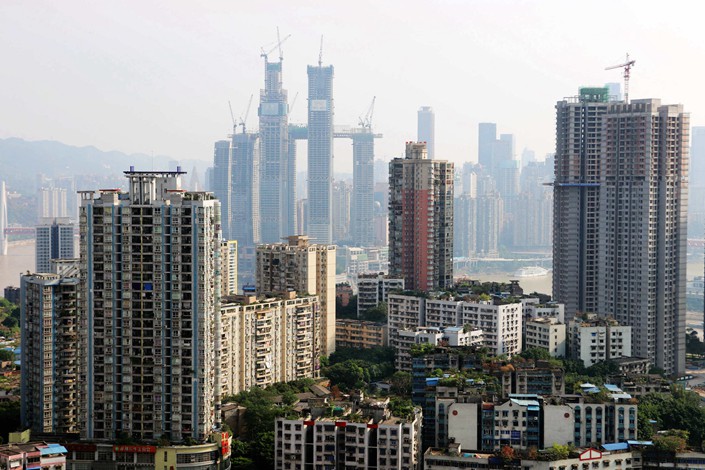 After the end of the provincial “two sessions,” indications are that all regions have generally lowered their economic growth expectations for 2019 or have adopted more flexible interval targets. This has been forced by the increasing downward pressure on China’s economic growth, but it is also an opportunity for local governments to take the initiative to strive for high-quality development. China’s economy and local economies can only truly achieve high-quality development by abandoning the addiction to excessive stimulus and by actively promoting structural reform. This should become the main direction of local competition in the future.

China’s economic growth in 2018 fell to 6.6%, a 28-year low. Most provinces did not meet the targets set at the beginning of the year. In view of this, various regions should be cautious and pragmatic when looking forward to prospects for economic growth in 2019. We hope that this will not only allow local officials to save face, but will also create space for changing patterns, adjusting structures and promoting reform.

It has been nearly 30 years since the Chinese government proposed transforming the mode of economic growth from extensive to intensive. However, this difficult process has not yet been completed. Since the global financial crisis, China’s total factor productivity has continued to decline. In recent years, the quality of economic development has been improved somewhat by accelerating structural reform on the supply side. At the same time, a divide between the different economic development trends in different regions has emerged, the reasons for which are extremely complex. Obviously, important variables include the business environment, the level of innovation and the speed of economic transformation. Areas with a strong business environment and innovation have shown resilience to the impact of a slowing growth rate and external factors. On the contrary, areas lacking in business and private investment have been less resilient, though data show that they are better than a few years ago.

Facing downward economic pressure, stable investment — especially investment in infrastructure — has once again become a priority policy option for all parts of the country. These emergency measures are necessary for short-term stable growth or efficiency, and some projects to make up for shortcomings are also imperative, but overall, investment efficiency is irreparably falling year by year. If local governments indulge in massive investment for long-term sustainable development, they are drinking poison to quench their thirst. Moreover, as mentioned above, for most places, high investment is already known to be well-intended but ultimately ineffectual. Some places are paying the price for the enormous projects of the past. Tianjin used to be the leader in rapid growth, but its industrial structure is obsolete, and the growth was driven by large-scale debt. In recent years, after changing statistical methods, Tianjin’s GDP growth rate has shrunk dramatically. Economic development must always be honest.

Local competition has been regarded as a successful experience of China’s rapid economic growth in the past 40 years. Local “GDP championship contests” have indeed stimulated the rapid development of China’s economy, but they have increasingly brought problems such as over-investment, high debt, one-sided economic development and the falsification of data. Today, due to the inertia of thinking, the phenomenon of “new officials ignoring old accounts” and other factors, many local leaders are still vigorous in their pursuit of increasing GDP. We must not think that this chronic illness has already healed itself.

At present, it is impossible for China’s economy to achieve the goal of moving from high-speed growth to high-quality development without such transition in local level. The competition between different regions for GDP growth must be transformed into a competition for high-quality economic development. This transformation is by no means an easy task, and the ideal situation where the central government initiates and the local governments follow will not develop overnight. It will require a series of operational and verifiable institutional arrangements to achieve “incentive compatibility.” Therefore, a set of systems for indicators, policy, standardization, statistics, performance evaluation and performance appraisal to promote high-quality development must but built and implemented as soon as possible.

This is a complex group of challenges. We must grasp the fundamentals and deepen the reform of the system in a comprehensive way. Academic circles have called for exploring autonomy in local financial management. The central government has decided to “open the front door” to local debt, but fundamentally, the relations between central and local financial institutions must be straightened out. In this respect, there has been little to no progress for many years. Establishing a first-class government, a first-class financial system, a first-class budget and a first-class system for raising debt should be that goal for the foreseeable future. At present, the issuance of local government bonds should be approved by the State Council and executed by the provincial government within the approved quota. This arrangement is transitional. Ultimately, these bonds need to be issued by the municipal and county governments, and it is premised on breaking the soft constraints of local government budgets. To this end, strengthening the supervision of local citizens and people’s congresses is a topic that cannot be avoided. These changes cannot be achieved overnight, but they must always be moving toward this goal.

The Chinese leadership has long recognized the necessity of giving full play to the initiative of the central and local governments. However, only after reform and opening-up, guided by the reform of the market economic system, can China’s economy break out of the strange relationship between the central and the local governments, which has swung wildly from a tight grip to chaos. China’s economy is undergoing major changes. The old mode of growth can no longer be maintained. The industrial structure has shifted from the manufacturing to the service industry. As the saying goes, “one wave is followed by 10,000 waves.” All this makes the GDP competition unsustainable. For localities, “competition” must take on a new connotation in order to inject new vitality into China’s economy.