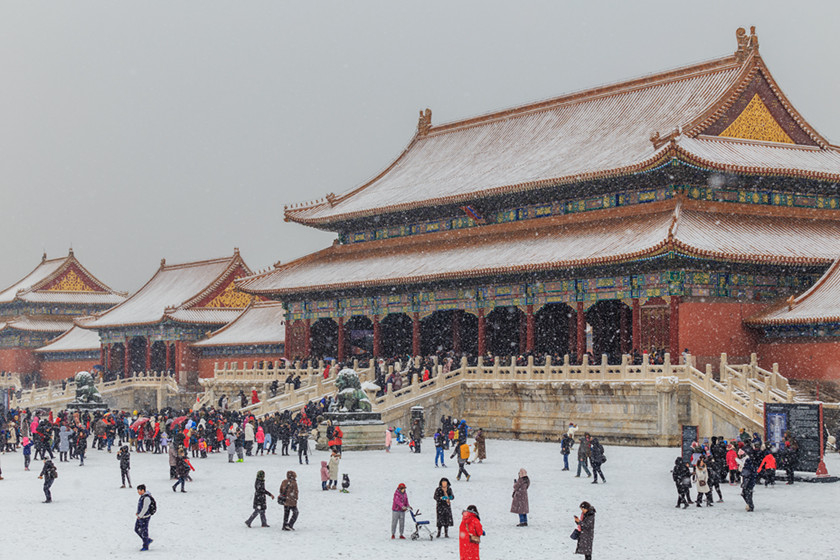 Visitors gather at Beijing’s Forbidden City after a snowfall on Tuesday. Photo: VCG 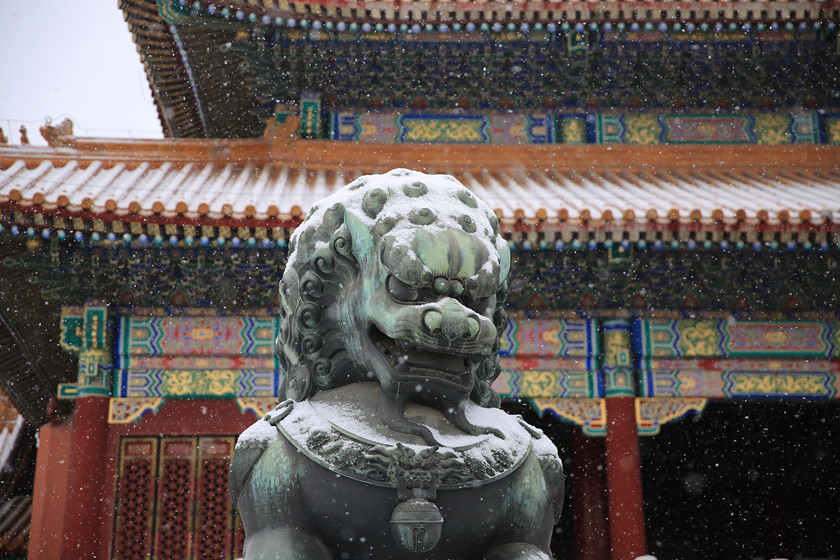 An Imperial guardian lion is seen dusted with snow: VCG 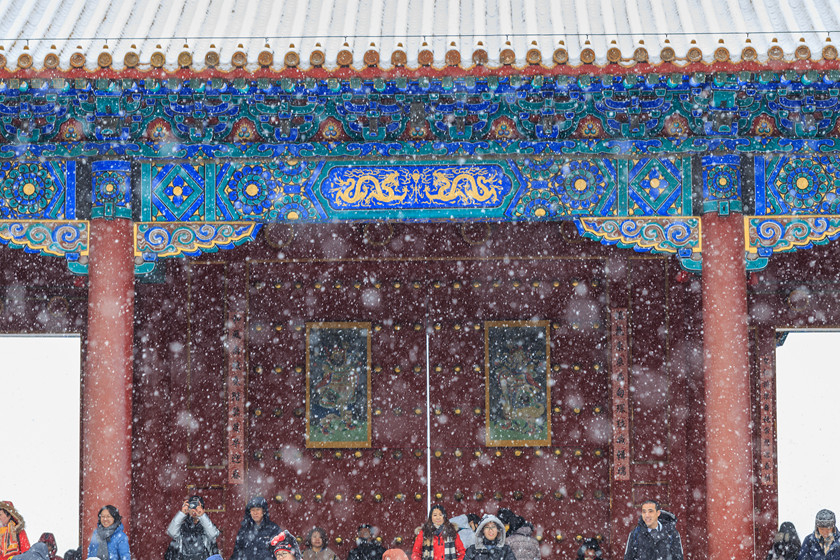 A palace gate is seen through the snow. Photo: VCG 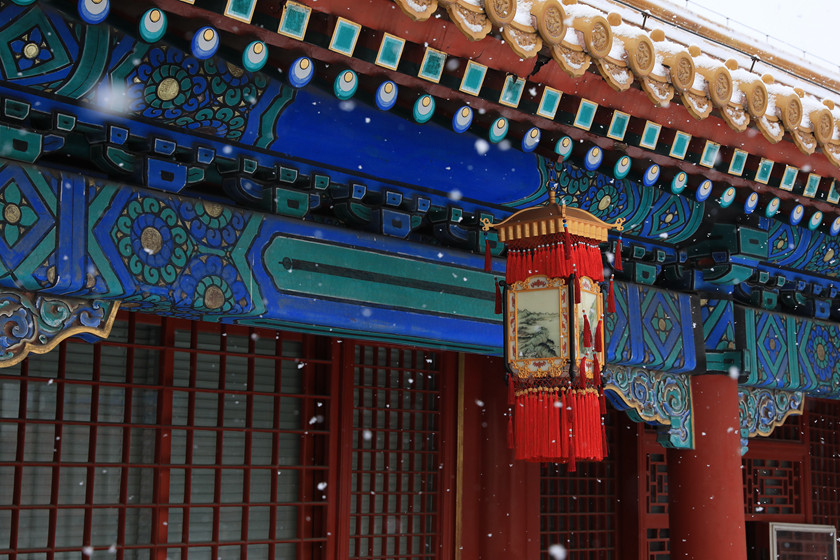 A lantern hangs from the roof of one of the buildings in the Forbidden City. Photo: VCG 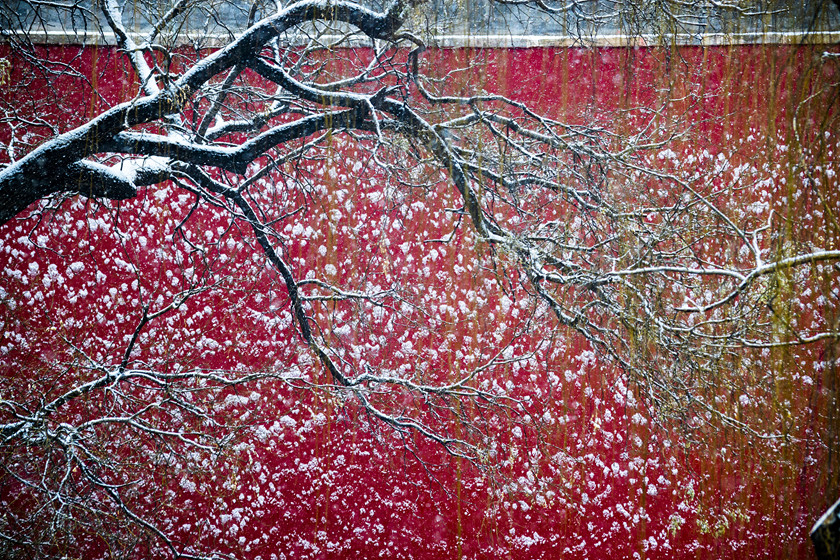 A snow-dappled tree is seen beside one of the palace’s red walls. Photo: VCG 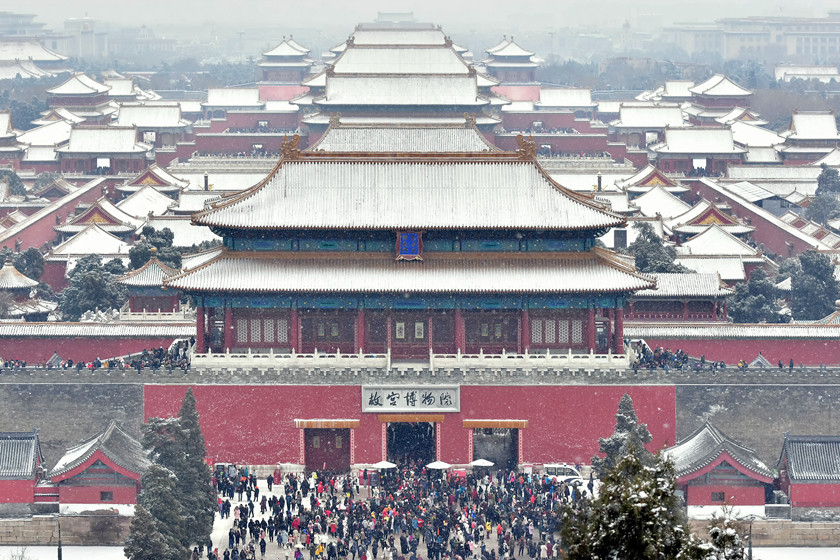