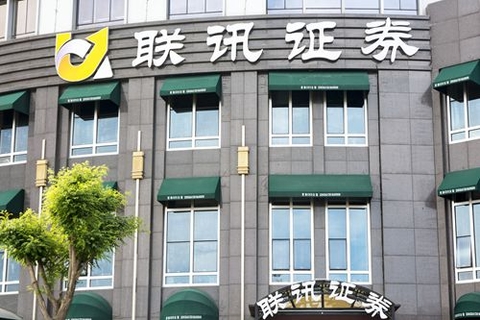 A major stake in a brokerage house controlled by Tomorrow Holdings Group and HNA Group, two of China’s troubled conglomerates, is to be acquired by an existing shareholder as part of a broader sell-off of assets by the two conglomerates under government scrutiny.

GDZ Financial Holding will pay 4.12 billion yuan ($61 million) in cash for the stake, or an average of 3.1 yuan per share. The price is not cheap, compared with the brokerages market price and net assets of 1.55 yuan per share. Lianxun’s stock closed Tuesday at 1.30 yuan. The company said it expects a net loss of 142 million yuan in 2018.

Founded in 1988, Lianxun has grown into a midsize player with a registered capital of 3.1 billion yuan and a market capitalization of nearly 6 billion yuan.

The deal was approved by China’s securities regulator Feb. 2 and will be completed within 30 business days, according to Lianxun statement. GDZ Financial Holding will acquire the stake from five other shareholders, including three companies that are affiliated with Tomorrow Holdings and two affiliated with HNA Group.

Tomorrow Holdings has been ordered to unload assets since its 47-year-old boss Xiao Jianhua, one of the richest businesspeople in China, began assisting authorities with unspecified investigations in January 2017.

The Chinese government has determined that Tomorrow Holdings, which owns stakes in a number of financial institutions and listed companies through numerous shell companies, poses a large risk to the country’s financial security. Caixin reported in April 2018 that Tomorrow Holdings has agreed to sell all of its shares in Lianxun amid tightening scrutiny. The government prefers that state-owned enterprises buy assets being offloaded by the privately owned conglomerate, sources told Caixin.

After the deal, Tomorrow Holdings affiliates will no longer hold any stake in Lianxun, and one HNA affiliate will retain a 5.07% interest in the company.

The significance of the deal for GDZ Financial Holding is obtaining a financial license that the brokerage owns, a person close to the deal told Caixin.

Despite the controlling stakes and board seats held by HNA Group and Tomorrow Holdings, Lianxun’s veteran management team has actual control of the brokerage. Chairman Xu Gang, 64, joined the company in 2000. Li Yi, a board director and president of Lianxun, has been with the company since 2001.

But a person close to GDZ Financial Holding told Caixin that Lianxun would face a certain executive shuffling once the deal is completed.