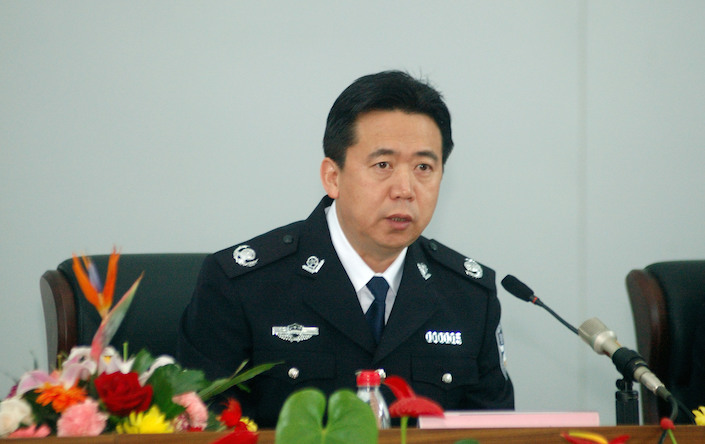 The wife of the former president of Interpol — who Chinese authorities say is under investigation in China — has been removed from a high-level political position.

Gao Ge (also known as Grace Meng), the wife of former Interpol president Meng Hongwei, was removed from the 12th Shandong Committee of the Chinese People’s Political Consultative Conference, the region's leading political advisory body to the government and for Communist Party affairs, according to an official statement issued in January but only recently discovered.

The document did not mention the reason behind the decision.

In October, the Chinese government said it had put Gao's husband — the first-ever Chinese president of Interpol — under investigation for suspected bribery and other misconduct. Gao had previously reported Meng's disappearance to Interpol's base in France and told her story to international media.