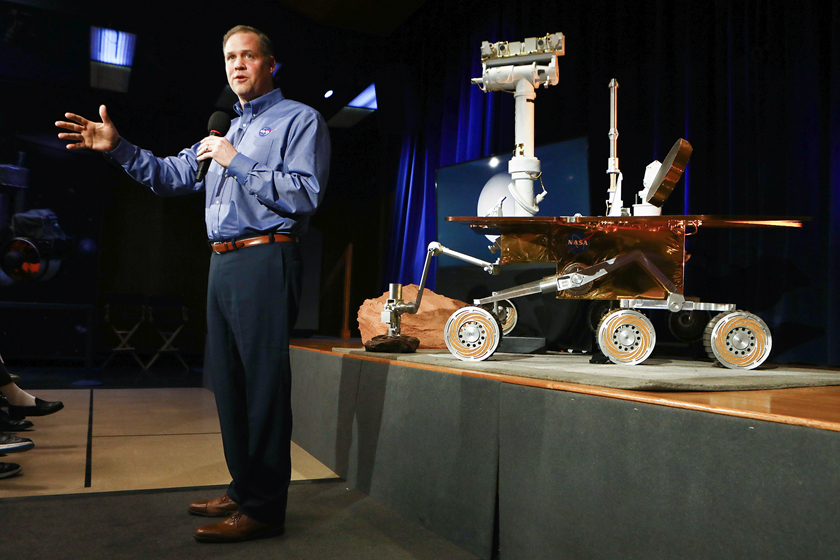 NASA Administrator Jim Bridenstine announces the end of the Opportunity rover mission at a press conference on Feb. 13 in Pasadena, California. Photo: VCG 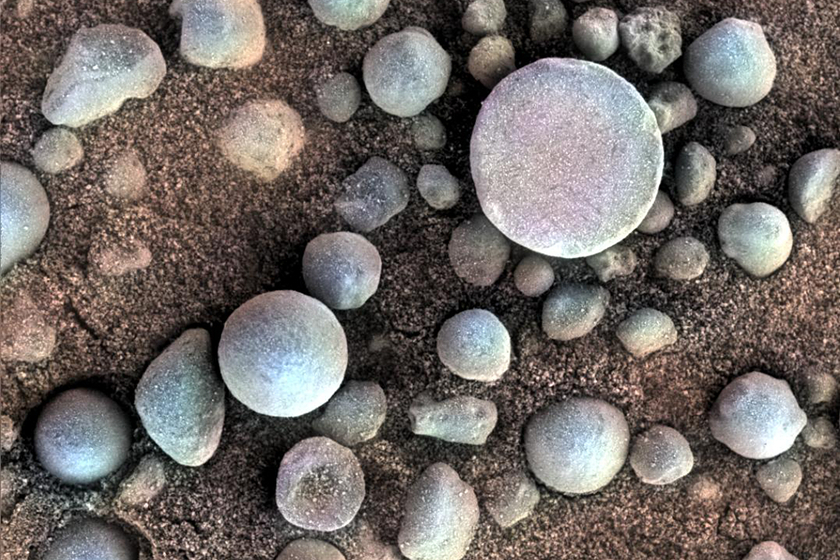 Round stones are seen on the surface of Mars in Fram Crater in an image taken by NASA's Opportunity rover during its 84th Martian day, or sol, on the Red Planet, on April 19, 2004. Photo: VCG 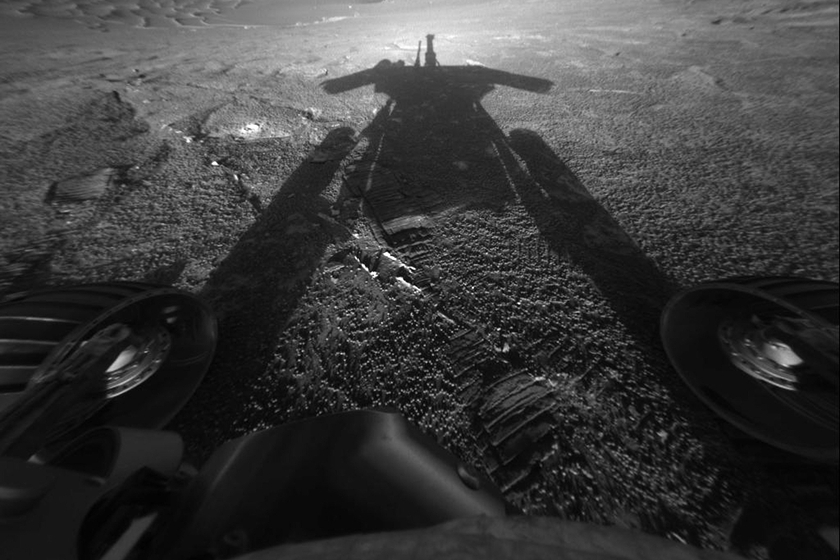 A dramatic image of a shadow cast by the Opportunity rover taken on sol 180, or July 26, 2004, in the Meridiani Planum region of Mars. The craft, which had an original mission length of 90 days, would successfully operate for 14 years. Photo: VCG 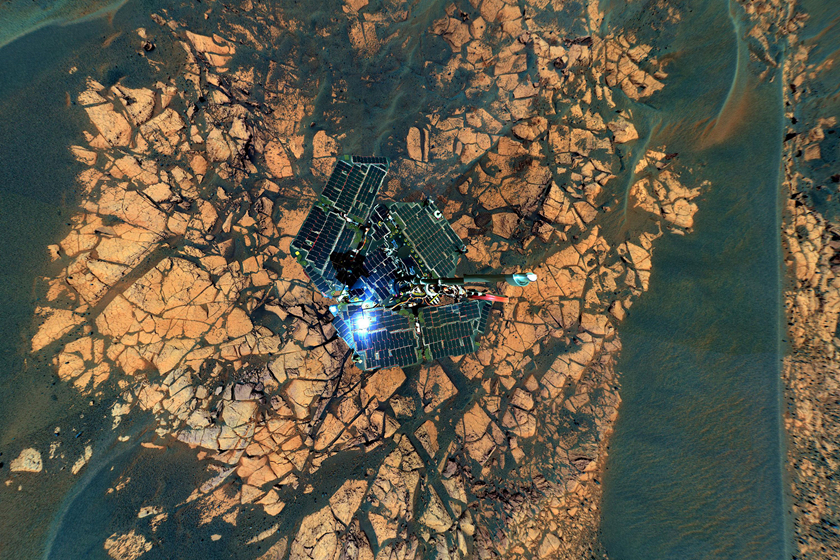 This image combines frames taken by the panoramic camera on Opportunity's 652nd through 663rd sols (Nov. 23 to Dec. 5, 2005), at the edge of the Erebus crater. “Oppy,” as it was affectionately known, crossed many such dunes and ripples on its journey. Photo: VCG 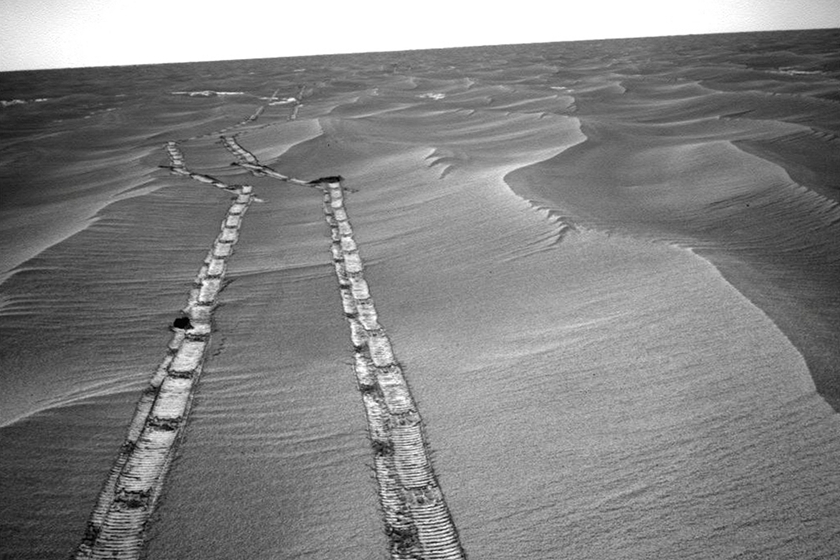 In 2010, the Opportunity rover used its navigation camera to capture its tracks as the solar-powered craft moved from one energy-rich position on a sand ripple to another. The rover team called this strategy 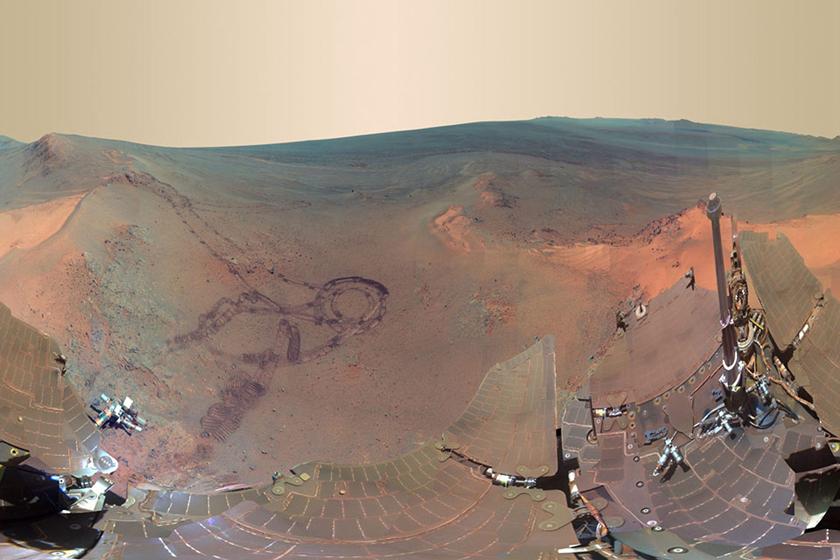 A 360-degree digitally-compressed panoramic image of Mars is seen in this composite of 800 images sent by the rover. It was released on July 9, 2012. Photo: VCG 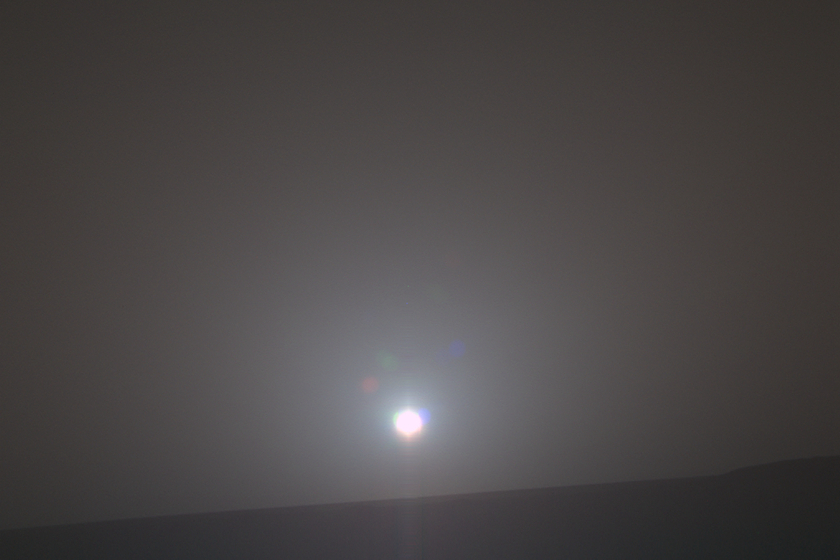 “Oppy” recorded the dawn of its 4,999th Martian day, or sol, on Feb. 15, 2018, looking over the Endeavour crater. The solar-powered rover would stop responding 112 sols later on June 10, after a dust storm blocked its energy source. After sending more than 800 recovery commands, NASA announced the end of its mission on Feb. 13. Photo: VCG