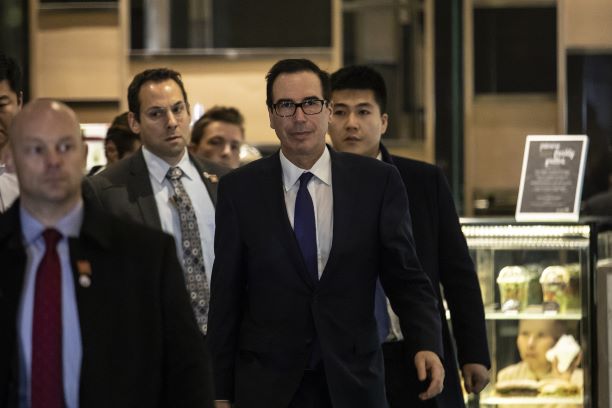 U.S. Treasury Secretary Steven Mnuchin called his meetings with Chinese Vice Premier Liu He in Beijing “productive” on Friday as the two sides were wrapping up their latest round of trade talks ahead of the looming Mar. 1 deadline.

“Productive meetings with China’s Vice Premier Liu He and @USTradeRep Amb. Lighthizer,” wrote the treasury secretary in a tweet, without elaborating further. No official statement from either side regarding the talk has yet been published.