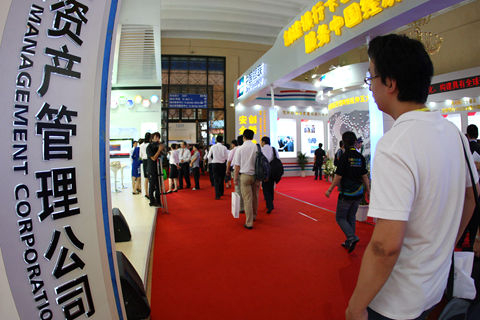 The new rules would clarify the scope of business that local AMCs can conduct and encourage multi-financing channels. Photo: VCG

The new rules would clarify the scope of business that local AMCs can conduct and encourage multi-financing channels, including bank loans, bonds and asset securitization, according to a draft circulated on the internet.

The China Banking and Insurance Regulatory Commission (CBIRC) is asking for feedback on the draft from local financial regulators and AMCs, a person close to the CBIRC confirmed to Caixin.

The banking regulator in 2013 gave a green light to local government-run AMCs in an effort to clear up bad assets at the local level. Since then, about 60 local AMCs backed by provincial and municipal authorities have been established.

However, because of the limited scope of business and lack of financing and asset disposal capabilities, many local AMCs have not actually focused on dealing with bad loans. Instead, such AMCs mainly use their licenses to provide financing channels to unlicensed private financial institutions.

Analysts attributed the situation to the unclear nature of local AMCs and lack of designated regulators.

The business scope of local AMCs includes acquisition, management, operation and disposal of nonfinancial enterprises and nonperforming assets of local finance industries. They can also conduct investment, debt restructuring and debt-to-equity swaps, custody and bailout of distressed enterprises and act as administrators of bankrupt enterprises, according to the draft.

When bailing out distressed enterprises, local AMCs are prohibited from setting explicit or implicit repurchase terms, covering bad assets through false financial statements, or liquidating and collecting assets in violent or illegal ways, the draft says.

The nonperforming assets that local AMCs acquire should originate from the same region in which the AMCs are located, but while carrying out debt-to-equity swaps or disposing of bad loans for policy banks, state-owned banks, joint-stock banks and foreign banks, local AMCs will not be subject to such regional restrictions.

Analysts at CIB Research said they expect that the rules could accelerate the participation of local AMCs in the debt-to-equity swap program and encourage them to conduct business in cooperation with other financial institutions.

“To us, it means we can do a lot of things now, ” an executive at a local AMC told Caixin.

But some local AMCs expressed worry that they might be unable to continue some of their current businesses, such as cross-regional financing channeling. A person with a local AMC told Caixin that such business accounts for more than 30% of the company’s total revenue.