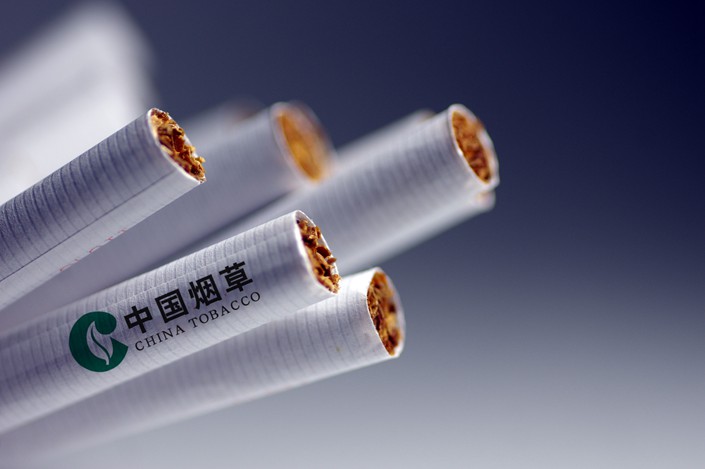 Over the weekend, China’s corruption watchdog announced (link in Chinese) that Zhao Hongshun, deputy chief of China’s State Tobacco Monopoly Administration, is under investigation for “serious violations of the law” — a euphemism for corruption.

Zhao is the most senior tobacco industry official to be investigated since the onset of President Xi Jinping’s anti-corruption campaign in 2012.

The tobacco administration is responsible for tobacco regulation and oversees China National Tobacco Corp. (CNTC), a manufacturer of tobacco products that has a near monopoly over the industry in China. The wholly-state owned industry poured an astonishing 1 trillion yuan ($147.6 billion) in tax revenue into state coffers last year.

It was business as usual for Zhao last week as he attended a party group meeting on key work of the tobacco industry and a party-building meeting. But those were his final appearances in public reports before the Central Commission for Discipline Inspection (CCDI) announced he was under investigation on Saturday evening.

Huge profits and a vertical management structure make the tobacco industry a breeding ground for corruption. Cigarettes — particularly very expensive premium ones — have regularly been used to bribe officials, who were banned from smoking in public places in 2013.

The groundwork for a formal investigation into Zhao was likely laid in 2016, when a group from the CCDI made a special inspection tour of the party group of the tobacco monopoly administration — of which Zhao is a member.

The inspection reported back on June 3 and severely reprimanded the party group. They said they found officials had failed to comply with the “eight-point frugality code,” a code of conduct urging officials to spend less.

The system for reporting abuses of power by other cadres was found to be weak. The inspection team said that it had received self-reflections from some leading cadres, which had been transferred to the CCDI.

Since 2012, a handful of local officials with various positions in the industry have been investigated or convicted of corruption. The charges have included bribery, abuse of power, and illegal profit-making for friends and family. Hunan province, in Central China, has seen a relatively high number of tobacco officials indicted for corruption since 2012.

Zhao Hongshun has served in China’s tobacco industry since 1989, serving both in central government positions and in Anhui province. He was appointed deputy chief of the State Tobacco Monopoly Administration in 2011. He attended Renmin University in Beijing. In 2012, he was appointed a member of the university’s board of directors.