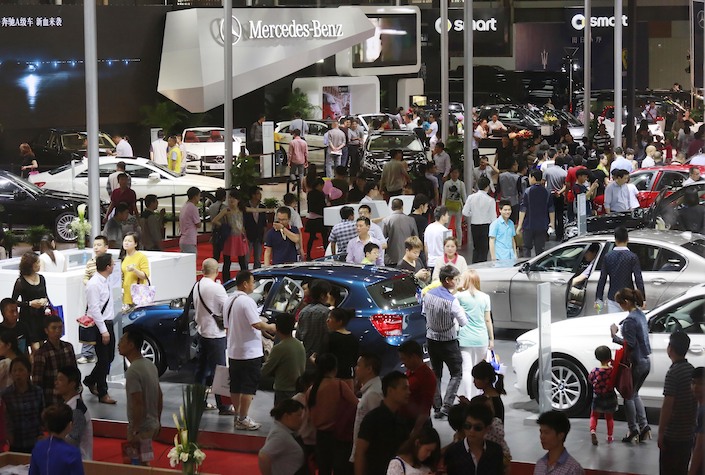 The bad times for car sellers in China drive on.

The number of vehicles manufactured and sold in China in January saw a two-digit year-on-year decline, according to an official summary Caixin acquired from industry observer the China Association of Automobile Manufacturers (CAAM).

This marks the start of another tough year after the China market reported overall annual negative growth in 2018, the first decline since the 1990s.

A slowing Chinese economy was the major reason for the decline, some analysts said. Also, potential consumers could be postponing their purchase plans due to the national Chinese Lunar New Year holiday.

However, January manufacturing and sales of new-energy vehicles demonstrated strong growth. According to CAAM data, the country’s manufacturers produced 90,700 new energy vehicles (including both commercial and passenger vehicles) and sold 95,700 units, increases of 113% and 138%, respectively.

Related: Vehicle Sales to Be Flat in 2019, Industry Body Says