Vehicle Sales to Be Flat in 2019, Industry Body Says 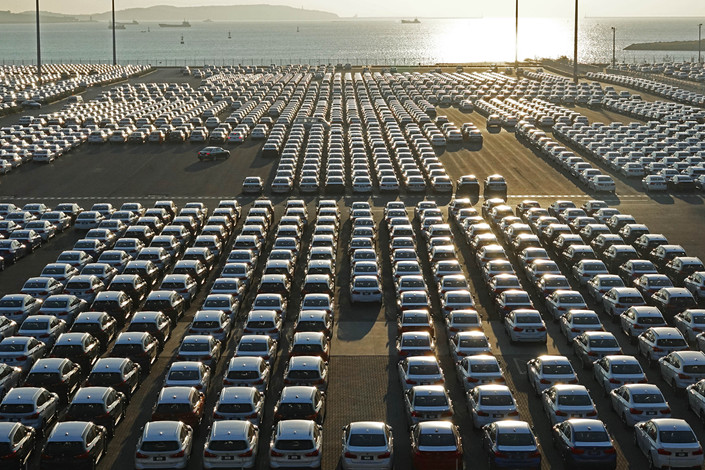 Growth in China’s automobile sales is expected to be flat in 2019, following a year in which sales fell for the first time in more than two decades, an industry association said Monday.

A total of 28.1 million automobiles — including both commercial and passenger vehicles — were sold in 2018, down 2.8%, according to the China Association of Automobile Manufacturers (CAAM). It was the first decline since the 1990s.

The slowing of the world’s largest automobile market comes amid a slowing domestic economy and an ongoing trade war between Beijing and Washington that has blunted consumers’ desire to spend on big-ticket items like cars.

The association expects this year’s sales to be roughly the same as the previous year. “The demand is still there as young buyers continue to emerge,” the industry association said last month.

Also, China’s continuing efforts to promote new-energy vehicles will probably give the market a lift. In 2018, China sold 1.26 million vehicles that use pure electricity, hybrid and fuel-cell technologies — an increase of 62%. It was the first time that sales were over 1 million.

Volkswagen AG managed to buck the trend by further strengthening its position as China’s auto sales champ. Its deliveries rose 0.5% to 4.21 million vehicles in the Greater China area, which includes the Chinese mainland and Hong Kong. This figure reflects all of the German auto group’s brands, including Audi, as well as both imported cars and those manufactured in the area.

The market slump prompted a senior official from the National Development and Reform Commission, China’s top economic planer, last week to say the government will roll out measures to encourage consumers to buy cars and other large goods.

The official didn’t specify any details, but China has previously managed to prop up demand with fiscal incentives such as purchase tax cuts and one-off subsidies.

The most famous support measure came in 2009, when it surpassed the U.S. to become the world’s largest vehicle market after car sales surged 46% from 2008. That was mainly thanks to lower purchase taxes, and a policy of offering subsidies to those living in rural areas who wanted to replace old vehicles.

“However, the long-term benefits of such policies this time are questionable,” said Qiu Kaijun, who runs an independent automobile industry blog. “Fiscally, this is also challenging for the Chinese government.”

Actually, the current market slump is largely a “side effect” of the past policies, according to Zeng Zhiling, general manager at the Shanghai-based consultancy LMC Automotive. “The incentives pulled the demand to spike earlier,” he said.

From 2009 to 2011, policymakers cut purchase taxes for small-engine cars by half. The government resumed the policy in 2015 to stimulate sluggish auto sales and then extended the incentive in 2017 with a less generous tax cut.

However, Zeng said a repeat of the purchase tax cut won’t be possible in the near future as Beijing in December passed an act to maintain the current 10% levy.