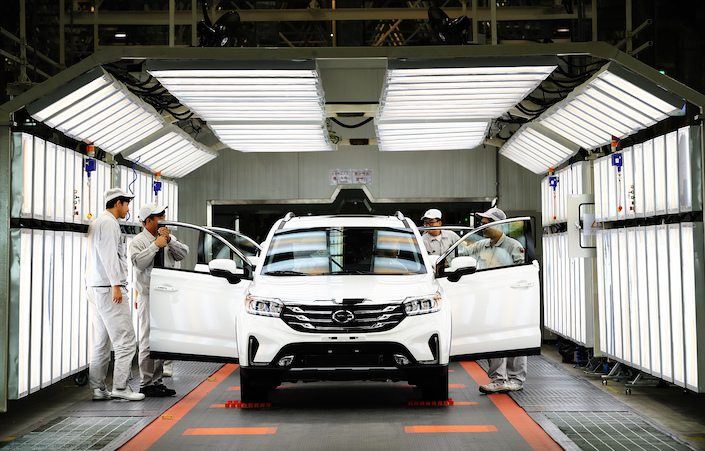 Major carmakers have been caught in the headwinds of the overall market slump. On Monday, General Motors said it sold 3.6 million vehicles in China in 2018, falling nearly 10% year-on-year.

On Wednesday, a top economic planning official said China will roll out new measures to support consumer spending on popular products that include cars. Analysts expect such measures could include tax cuts.

CPCA expects car sales to rise about 1% this year.