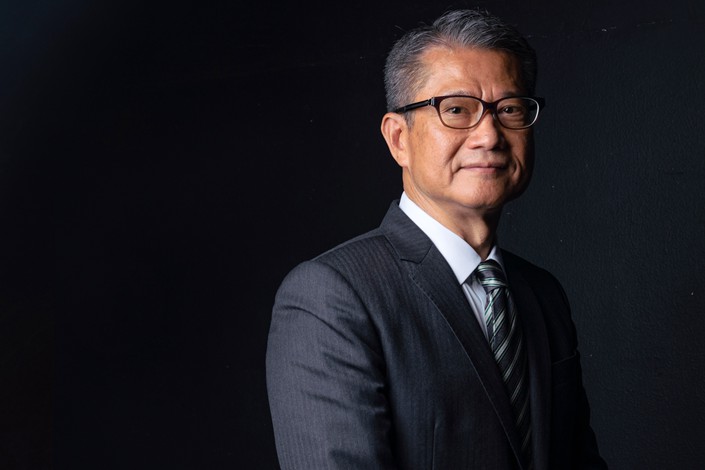 (Bloomberg) — The trade war between China and the U.S. and slowing retail sales dragged Hong Kong’s economic growth down at the end of last year, with exports showing almost "zero growth."

Gross domestic product in the fourth quarter was "less than 1.5%," according to a blog post on Sunday from Financial Secretary Paul Chan. The “significant slowdown” was well below the 2.9% seen in the previous three months.

Hong Kong, a key financial and trade hub for Asia, has been hit hard by the ongoing China-U.S. trade war. Exports fell more than expected in December, the first time sales abroad contracted in consecutive months since 2016. Retail sales also missed estimates in December, despite a surge in mainland traffic.

“The economic slowdown was very obvious,” Chan said. “The impact of China-U.S. trade friction on Hong Kong’s exports of goods has clearly emerged at the end of last year.”

The slowdown means that the expansion for the whole year will be about 3%, the low end of the government’s forecast, Chan said in the post, which is in Chinese. That’s also lower than the 3.2% growth projected in November.

The budget surplus for the nine months through the end of 2018 was HK$59 billion ($7.5 billion), Chan said in his post. That compares with the HK$138 billion surplus for the whole of the previous financial year. Chan will provide a revised surplus estimate for the full year, along with economic growth data for the fourth quarter of 2018 and a forecast for 2019 when he announces his latest budget on Feb. 27.