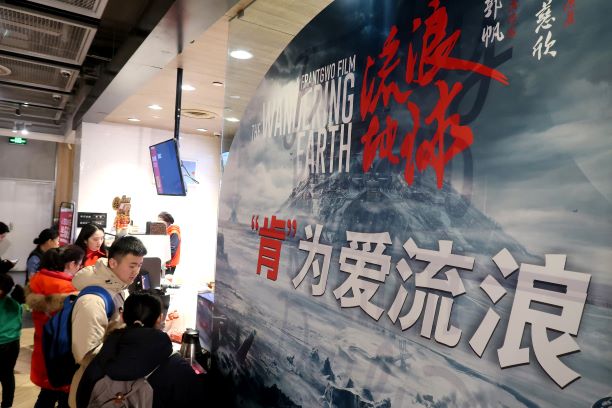 Chinese New Year box-office hit "The Wandering Earth" became China’s second-biggest film of all time as of Sunday, when it earned 3.65 billion yuan ($5.4 billion), according to online ticketing platform Maoyan.

The 2017 action movie “Wolf Warrior 2” is still in first place for total earnings, with its record 5.68 billion yuan. Perhaps the real winner here is Wu Jing, the action film’s director, who acted in both “Wolf Warrior 2” and “The Wandering Earth.”

“The Wandering Earth,” an adaptation of a novella by famous sci-fi author Liu Cixin, takes place in a distant future when the sun is going to devour the earth, and humankind must work together to move the earth to a new solar system.

The film may have the Chinese government to thank for some of its success – it received a semi-official endorsement when the state-affiliated People's Daily shared a glowing review with the title "Only Chinese Can Save the Earth." And on Wednesday, foreign ministry spokesperson Hua Chunying personally recommended the film at the ministry's press conference.