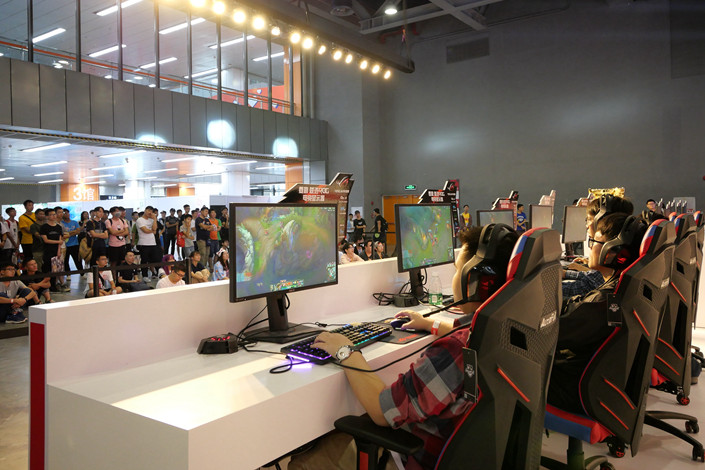 Authorities approved a withering one-tenth of online computer and mobile device games waiting to be green-lit over the past two months, leaving some 5,000 titles yet to be officially judged.

And new games submitted early this year are unlikely to reach the public until 2020, market sources said.

The revelations come after the regulator, the National Radio and Television Administration (formerly known as the State Administration of Press Publication, Radio, Film and Television) approved 91 games for release last week in its sixth batch of approvals since an eight-month freeze ended in December.

The regulator further tightened restrictions in September when it announced a cap on the total number of games on the market, and said it would explore implementing an age-based system that would restrict the amount of time that minors spent playing games.

Approvals finally resumed late in December to cheers from the industry, but the regulator has only issued licenses to 538 titles since then.

One game company executive told Caixin the approvals were issued based on their submission dates, however, only applications through April last year had yet been cleared. Around 5,000 more games have been shelved and the staggering backlog may not be cleared until the third quarter of this year, said the person, who asked not to be identified.

“For new submissions in the first quarter of this year, chances are very likely their companies will only gain permission to release their games in 2020, if not at the very end of this year,” another industry source said.

In the past, authorities typically took three months to clear a game for release.

China’s became the world's largest gaming market in 2016 when it surpassed the U.S. and Japan in revenue. There are 620 million “gamers” in China, almost double the U.S. population, according to Newzoo, an Amsterdam-based industry tracker.

But the sector’s rapid expansion created a highly competitive market in which companies spent recklessly to gain market share and raced to release games, leading to a glut of games and game companies.

The suspension of games issuances blasted a hole in industry revenue but may not be all bad. The slower approvals process could encourage consolidation and propel companies into striving for better games and services that will ultimately benefit consumers, industry watchers said.