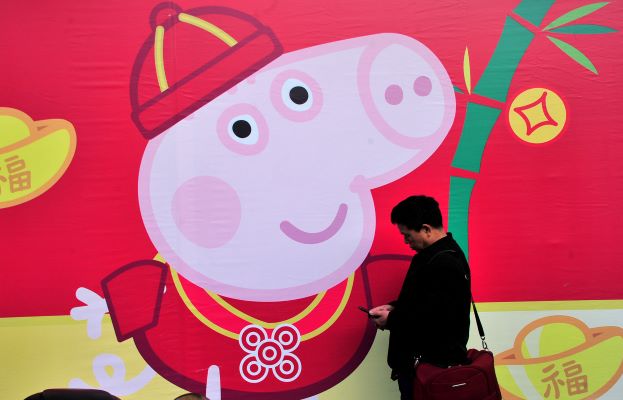 Last month, the film “Peppa Celebrates Chinese New Year” got to celebrate having a viral trailer.

But the trailer was so successful that some viewers are saying it’s better than the actual movie.

Perhaps it’s due to tough competition: The film was released during the same period as “The Wandering Earth,” which has made a whopping 3.9 billion yuan as of Tuesday.

Or maybe it’s simply due to quality: On review site Douban, 44% of scorers gave the film one out of five stars. Many viewers took issue with the film’s mix of live action and animation: “The real animation material is only about 30 minutes, and the rest of the live performances are trying to fill time in a meaningless way,” commented user dashoushou.

Producer Lu Yan told Caixin that the box office is in line with the film’s expectations, as its target audience is preschoolers, not mainstream viewers.