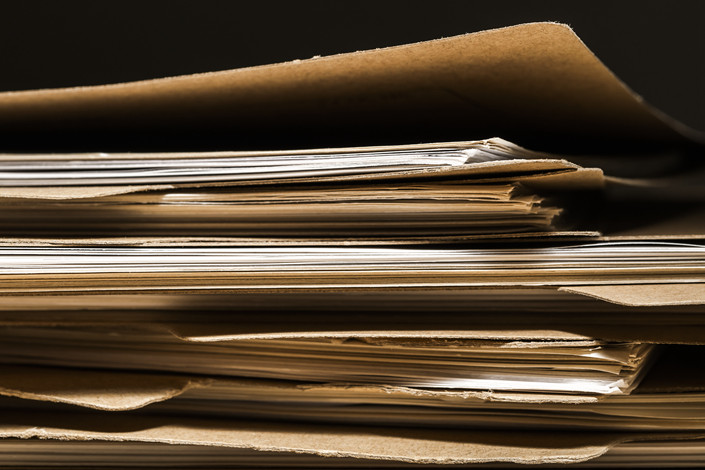 Implementing laws, regulations and systems often requires administrative departments to come up with detailed regulations in order to lay out standards and procedures. Photo: VCG

China’s economy is undergoing a transformation. The key to high-quality development is to establish a high-level market economy system with clearer rules, more transparency, and the presence of marketization and rule of law.

In order to make that happen, one issue needs to be addressed as a priority, that is, to make sure top decisions are better made — scientifically, effectively and precisely.

The Third Plenary Session of the 18th Central Committee of the Communist Party of China, held in November 2013, made the decision to comprehensively deepen reform. The Plenum created the reform framework, and civil servants have been working to come up with specific proposals.

The public has had different opinions towards some of the major reform measures. Some say there has been little actual “sense of gain” from some reforms. The possible reasons behind this are a fertile area of study.

Here are some of my findings after a close look at the government’s policy documents.

My first observation is about the way officials make decisions. Some official documents, although in line with the spirit of the Third Plenum, do not mention the difficulties and specific problems that need to be solved. I think that is likely to be a result of the policymaking process and decision-making mechanism.

Most policy documents are drafted by commissioners from different departments. When they come together to exchange ideas on the draft and to sign the papers, they often discover that different departments have different opinions. The varied views might be a result of different ideas and experience, or due to a conflict of interest. Whatever the reason, it is hard to coordinate and reach agreement in a limited time, especially when the commissioners are not empowered to adjust their positions or make any compromise for their own department.

Therefore controversial issues, which attract differences of opinion, are usually taken out of final policy documents. So in fact, what appear to be unified positions are actually the result of disagreements being removed. The problem is that the points where agreement is difficult are exactly the key issues which reform needs to resolve.

The second is a problem in the style of our policy papers. These documents are usually written in a general and well-rounded style, but are often ambiguous in their language. They are usually hard to implement unless the relevant departments come up with further detailed laws and regulations.

Most of China's policy papers share a similarly neat structure. They tend to cover all aspects of the reform, from guiding ideology to basic principles, from current situation to the necessity of the reform. Yet there is usually little mention of the policy details. Even if there is, it may only take the form of expressions like “we encourage” and “we support,” but how things will be “encouraged” and “supported” is seldom clear. That makes for a particular phenomenon in China where “one official document implements another” — as follow-up papers are often needed to clarify previous ones.

In reality, however, the effectiveness of this approach might be compromised and fail to fulfill the intended purpose, which can also influence the expectations of market participants. This might be a result of Chinese culture and mindset, in which officials prefer to write in grand tones and big pictures instead of describing details in plain and clear language.

Thirdly, while it is important for the official documents to use a scientific policy-making process and an incentive-based and inclusive system oriented towards the market, many policy documents are in need of improvement in this regard. In some cases, long-term systems are compromised by administrators for short-term gain. Nonetheless, keeping the system stable is crucial to maintaining stable expectations.

Lastly, from an implementation perspective, administrative bureaus have too much discretion, which is not in line with the spirit of marketization and legalization. The legislature has empowered administrative departments to write laws, but because controversial views are left out of the laws for reasons mentioned previously, laws made collectively by different departments tend to wind up using general and ambiguous language.

As a result, implementing laws, regulations and systems often requires administrative departments to then come up with detailed regulations in order to lay out standards and procedures. This gives excessive discretion to administrative forces, which leads to what some have described as “high-standard legislation, common breach of the law, and selective law enforcement.” The same rules can have totally different effects when administrative departments have too much discretionary power, which will inevitably disrupt market expectations and impact market confidence.

To be fair, China has managed to push through a series of fruitful reforms in recent years. People expect even deeper reforms and eagerly await their dividends.

But only by improving decision-making mechanisms and accountability, as well as improving design concepts and the way policy papers are laid out, can we improve market confidence in China’s economic development. In addition, when the approach to reform is itself reformed, people’s actual “sense of gain” will grow, and the quality of work and the lives of our civil servants improve in turn.

Xu Zhong is the director-general of the People’s Bank of China’s research office, and holds a doctorate in economics. This article is a translation of a speech Xu delivered at the annual Chinese Economists 50 Forum in Beijing on Feb. 16.