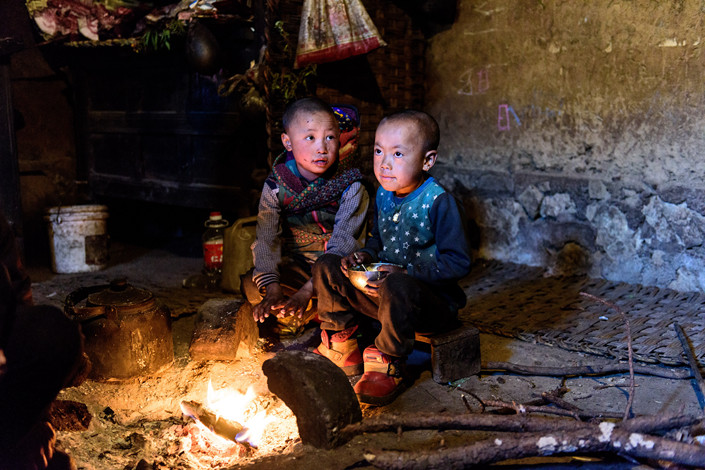 China looks set to hit its goal of eliminating extreme poverty by next year, a senior official at the United Nations’ International Fund for Agricultural Development (IFAD) says.

But that won’t be the end of the country’s long fight against poverty, Matteo Marchisio, IFAD’s Representative for China, told Caixin.

“China would need to continue these efforts to bring these people who are no longer extremely poor but who are still poor out of that status,” he said.

In the past 40 years, more than 800 million people in China were lifted out of poverty as it is defined by the World Bank — an income of $1.90 or less per day — with less than 1% of the Chinese population living below that threshold in 2015. The country aims to lift the daily incomes of its remaining impoverished population above the $1.90 line by 2020.

That’s a “remarkable and unique” achievement, and China looks likely to hit its 2020 target, even though “the cost of bringing the remaining (population) is higher,” said Marchisio, as those still living in extreme poverty tend to live in remote areas or face additional challenges like illness and disability.

But that doesn’t mean China can become complacent. The $1.90 benchmark is lower than the internationally accepted poverty line for an upper-middle income country like China, said Marchisio, who has led IFAD’s agricultural lending work in China since 2014.

“China has dealt with extreme poverty, now you would have to deal with relative poverty,” he said. “If you increase the poverty line to $5, which is the poverty line for upper-middle income countries, then you realize that you still have a significant part of your population that is below that poverty line.”

Additionally, China must “ensure that those who are brought out of poverty in recent years do not fall back” due to events like natural disasters and poor harvests. In the long-term, China should also aim to reduce inequality, and “ensure that all dimensions of poverty are addressed,” including quality of life concerns such as access to sanitation and health care.

Marchisio’s comments come after Chinese policymakers last week unveiled a plan to boost lending by rural banks in underprivileged areas, as part of a broader Rural Revitalization Strategy for 2018 to 2022.

Marchisio predicted that the Rural Revitalization Strategy would become “basically one of the main agendas for the development of China” after 2020, with a focus on going beyond eradicating poverty to make traditionally agricultural areas “attractive for economic development.”