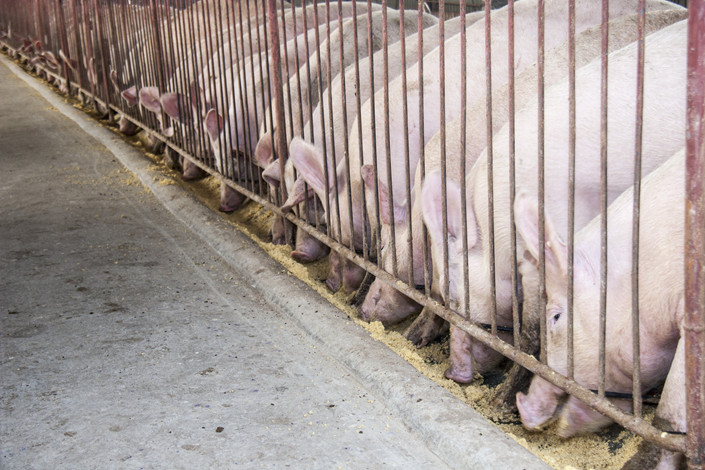 Twenty-seven Chinese provincial-level regions have now confirmed outbreaks of African swine fever, with the Guangxi Zhuang autonomous region and Shandong province as the latest to reveal the disease has spread to their hog farms.

On Tuesday, China’s Ministry of Agriculture announced that 23,555 pigs in Guangxi had been slaughtered in disease control operations. The ministry said 1,629 pigs had been infected there and 924 had died from the disease, which typically kills pigs it infects but is not known to impact humans.

On Wednesday, the agriculture ministry said 4,504 pigs had been slaughtered in Shandong after 17 swine fever cases were confirmed and three pigs died.

The spread of the disease has stymied pork sales and left many farmers who have had to slaughter their whole stock of pigs are unwilling to restock. This week, pork dumplings made by frozen food giant Sanquan were taken off supermarket shelves after several batches of the dumplings were found to be contaminated with African swine fever.

Almost 1 million pigs have died or been slaughtered in China due to the disease.

Only in Hebei province, Hainan, Xinjiang, Tibet, and Hong Kong and Macau have no cases of the disease been reported.

A previous version of the story misstated how many provincial-level regions in China had reported cases of African swine fever. It was 27, not 26.