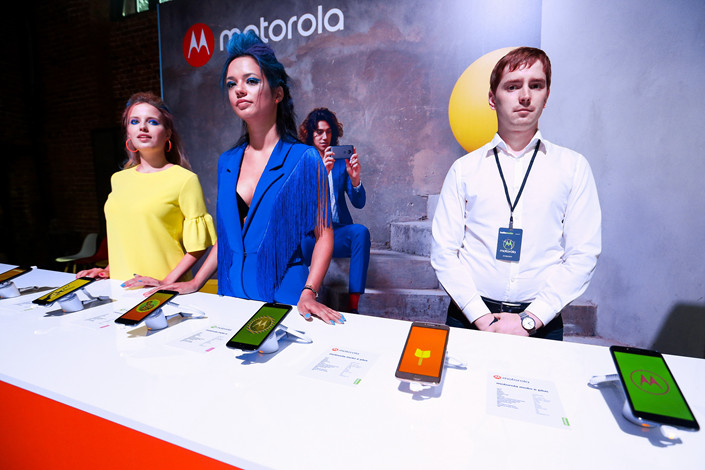 The world’s top PC-maker Lenovo Group Ltd. swung back into the black in the last quarter of 2018, helped by strong computer shipments and its smartphone business turning a profit for the first time since 2014, the company said Thursday.

Lenovo reported a net profit of $233 million for the three months ending Dec. 31, against a loss of $289 million in the same period a year earlier, according to its latest earnings statement. Revenue rose 8.5% year-on-year to $14 billion, the highest in four years.

The PC giant’s handset business posted a profit of $3 million, its first since acquiring the money-losing Motorola brand from Google Inc. in October 2014 for $2.9 billion.

The Chinese company had a hard time integrating Motorola into its smartphone business, which faced slowing sales amid strong competition from Apple Inc.’s iPhones and Samsung Electronics Co. Ltd.’s Galaxy series. In 2016, Lenovo laid off about 1,000 employees as part of an initiative to merge its smartphone operations.

Lenovo said Thursday that the turnaround in its smartphone business was due to reducing expenses, streamlining its product portfolio and focusing on core markets such as North America and Latin America, along with its home market.

Lenovo also said revenue from its PC and smart device business rose 11.6% to $10.7 billion in the fourth quarter last year.

Lenovo regained its title as the world’s top PC brand last year, after HP Inc. unseated it in 2017 and ended its four-year reign.

For all of last year, Lenovo’s PC shipments grew by 6.9%, giving it 22.5% of the global market, or 0.8 percentage points ahead of HP, according to research firm Gartner. Lenovo’s market share grew even though the global PC market shrank 0.4% in 2018.

Lenovo heralded a new chapter in Chinese corporate acquisitions of U.S. companies when it gobbled up IBM’s PC division in 2005 for $1.75 billion. It brought the iconic ThinkPad laptops under the Lenovo brand and catapulted the Chinese company to the highest ranks of global PC-makers.