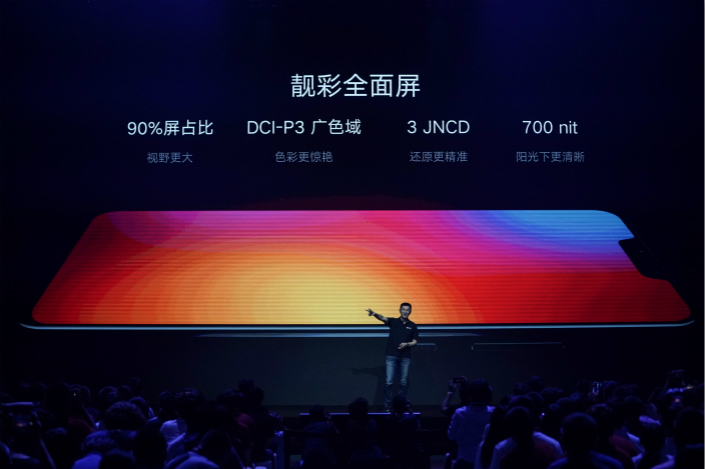 Personal computer giant Lenovo Group Ltd. is aiming for a comeback on its home turf by launching a slew of smartphones priced as low as 600 yuan ($94).

With the new launches, Lenovo vowed to retake its place as a major brand in China by providing “quality and affordable phones made for the Chinese.”

According to data from research firm Counterpoint, Lenovo held 12% of China’s market in the first quarter of 2014, ranking second. But by the end of 2017, its share had shrunk to less than 1%.

On Tuesday, the company launched three phones with prices starting from 599 yuan.

The flagship Z5 sells from 1,299 yuan, which Lenovo said is the most afforable full-screen-display smartphone on the market. The Z5 boasts a 6.2-inch screen that takes up 90% of the front body. It’s powered by a Qualcomm Snapdragon 636 processor, and claims to allow users to talk for up to half an hour on 0% battery.

In comparision, the Huawei Nova 3e, which in March became the company’s latest full-screen smartphone, costs 2,000 yuan. It has a 5.8-inch screen taking up 80.5% of its body. Xiaomi Corp. has offered a full-screen Mi MIX2 since last year, which has a 6-inch screen occupying 80.8% of the front body. Its price starts at 2,599 yuan.

Lenovo has faced headwinds in China, the world’s largest smartphone market, which has become saturated. It has also had a hard time integrating the Motorola brand, which it acquired from Google Inc. in 2014 for $2.9 billion. The purchase came as it struggled against falling sales amid fierce competition from Apple Inc.’s iPhones and Samsung Electronics Co. Ltd.’s Galaxy series.

In 2015, Lenovo launched in China a relatively popular brand targeting young people, the ZUK, but discontinued the model in late-2016 as part of its product-streamlining effort.

“Lenovo doesn’t lack smartphone know-how. What it needs is to react faster to the changing market and consumer needs,” a market watcher told Chinese technology portal Jiweinet. “The new Z5 is quite similar to the ZUK, showing Lenovo’s attempt to shore up sales with that well-received model.”