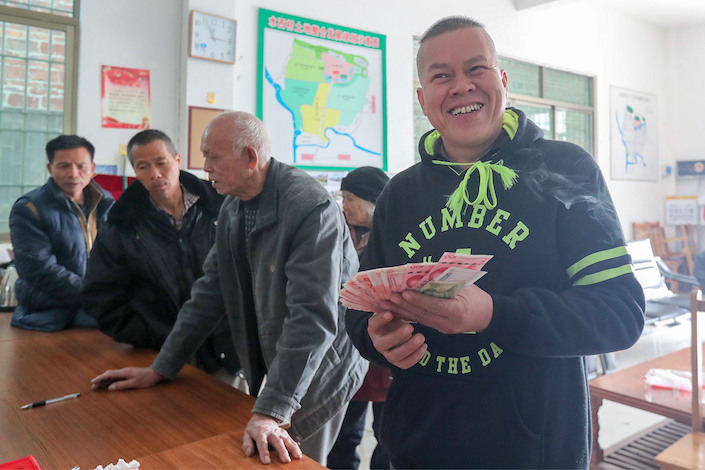 They say life in the big city is hard — but it’s also flush with hard cash.

The average disposable income of residents in Beijing and Shanghai topped 60,000 yuan ($8,931) last year, more than double the country's overall average. That overall average was only 28,228 yuan, but was still up 6.5% from the previous year.

That means locals in China’s two leading cities have twice as much extra cash to throw around compared to people in the rest of China. Shanghai resident came away with 64,183 yuan after taxes and mandatory fees last year, up 8.8% year-on-year. Beijingers’ netted 62,361 yuan, up 9%, according to government data.

These amounts have reached the disposable-income levels of low- and middle-income residents in developed countries, one industry analyst said.