Sportswear Giant Anta To Chalk Up Another Foreign Acquisition

By Shen Xingyue and Mo Yelin 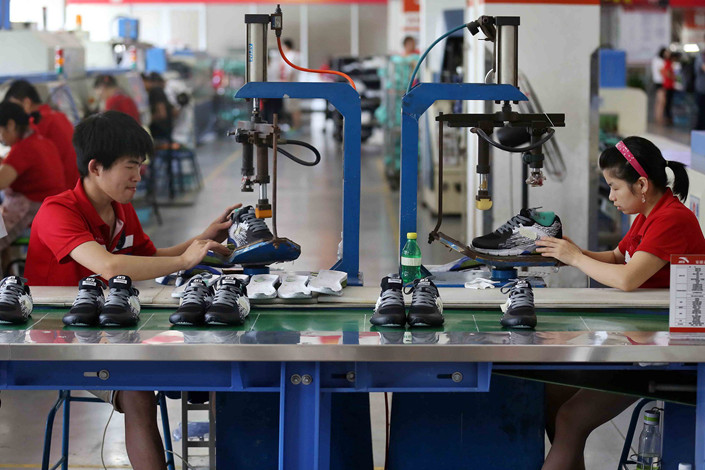 Regulatory hurdles were expected to hold up the deal, which an Anta-led consortium offered in September, until as late as May. But they have now been cleared, and a vote of shareholders is expected on March 7, an Anta spokesperson told Caixin.

Regulators in the European Union, Australia and Turkey were the latest to OK the deal, adding to green lights from China, Russia, Canada and the U.S., said Ding Shizhong, Anta’s chairman and CEO, in a media briefing in Hong Kong on Tuesday.

Anta’s bid for Amer Sports — which owns well-known brands such as Wilson tennis rackets and Arc’teryx outdoor gear — is seen as another step in an ambitious overseas expansion.

The acquisition will deliver Anta a controlling 57.95% stake in Amer, according to previous plans. The other three investors in the consortium are internet giant Tencent Holdings Ltd., Chinese private equity firm FountainVest Partners, and Anamered Investments, who together will hold the remaining stake.

Hong Kong-listed Anta posted record net profit and revenue results when it released its annual financial report on Tuesday. For the year to December the company reported profit of 4.1 billion yuan ($613 million) on 24.1 billion yuan in revenue. That put profit up 32.9% and revenue up 44.4%, the fifth consecutive year of double-digit growth for both measures.

Founded in 1994, the Fujian province-based Anta started as a sport shoe and apparel manufacturer targeting the lower-end market, but has in recent years successfully pushed into high-end segments, mainly by acquiring established global brands.

It acquired the rights to the Fila brand in China in 2009 and the Japanese winter sports brand Descente in 2016. In 2017, Anta bought the rights to Hong Kong high-end children’s clothing brand King Kow. It also established a joint venture with South Korean outdoor activity brand Kolon Sport.

Anta plans to ramp up Amer’s development in China, where the Finnish brand is yet to develop a significant presence, Ding said.