No Deal at Hanoi Summit, But Trump Calls Relationship With Kim ‘Warm’ 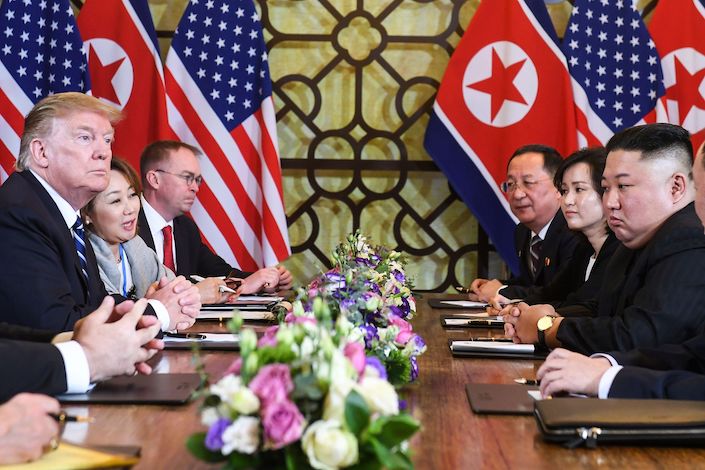 Donald Trump claims dealmaking is an art, but it seems he was out of ink this week in Vietnam.

The summit between the U.S. president and North Korean leader Kim Jong Un was “productive,” Trump said at a press conference in Hanoi on Thursday, despite the unexpected cancellation of a planned lunch and signing ceremony originally listed on the White House schedule.

Trump and U.S. Secretary of State Mike Pompeo said that they chose to “walk away” after Kim requested sanctions be lifted “in their entirety” but wasn’t prepared to “give us the areas we wanted.” But Pompeo stressed that the two sides made progress towards an agreement during the two-day summit and “felt good about the progress, but couldn’t quite get along the line any further. I hope to do so in the weeks ahead,” he said.

Trump and Kim were set to meet twice in Hanoi — a dinner and a bilateral meeting on Wednesday and a planned one-on-one and lunch on Thursday. The lunch was canceled after the Americans reportedly “walked away,” with both leaders departing the Sofitel Legend Metropole Hanoi earlier than scheduled.

At the hastily arranged press conference held two hours earlier than originally planned, Trump described the walk-away as a “friendly” one, and told reporters that the relationship remains “strong” and “warm.” He said that Kim has done well at upholding his agreement to halt missile and nuclear tests.

During the press conference, North Korean state media reported that a delegation from the North Korean foreign ministry was on its way to visit China. China’s Foreign Ministry said at a press conference on Thursday that it hopes dialogue and communication between the United States and North Korea can continue.

Related: K-Pop Shows May Return to China in Sign of Easing Korea Tensions