Ping An Healthcare Still in the Red Despite Strong Revenue Growth 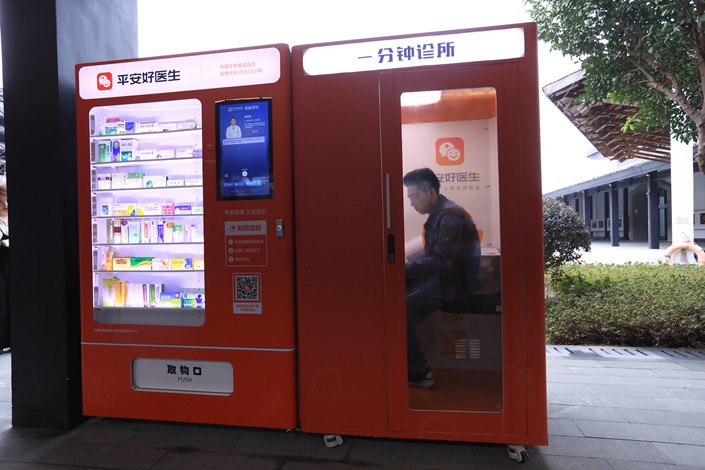 Ping An Healthcare and Technology Co. Ltd reported strong revenue growth in its first annual financial report after listing in Hong Kong in May.

The unit — which trades as Ping An Good Doctor — offers on-demand services such as connecting patients with doctors for consultations, allowing them to make outpatient appointments or get rehabilitation advice. As of December, its platforms had 54.7 million monthly active users — up 85.4% from the end of 2017 — and 265.2 million registered users, according to the report.

Sales from family doctor services rose nearly 80% to 411 million yuan, half of which come from the membership fees paid by its 2.36 million paid users. The strong growth was thanks to a large medical team it has built, which include 1,196 in-house medical professionals and 5,203 contracted doctors at the end of 2018. These doctors together provided an average of 535,000 online consultations per day last year.

Launched in 2015, Good Doctor has long touted itself as a disruptor to traditional health care models by making use of the internet and artificial intelligence to provide consultations. When it floated in Hong Kong in May, it claimed to be China’s first internet health care stock.

The company’s largest competitor is internet giant Tencent Holdings Ltd.’s WeDoctor, which has 220,000 doctors and 160 million users. WeDoctor is also seeking a public listing as a spinoff by Tencent, Bloomberg reported in February.

Still, Good Doctor made the bulk of its revenue from selling medical products. Sales from such products that include pharmaceuticals, traditional Chinese medicines, nutrition and health products, doubled to 1.9 billion yuan, accounting for more than half of its total 2018 revenue.

Tang Ziyi contributed to the report