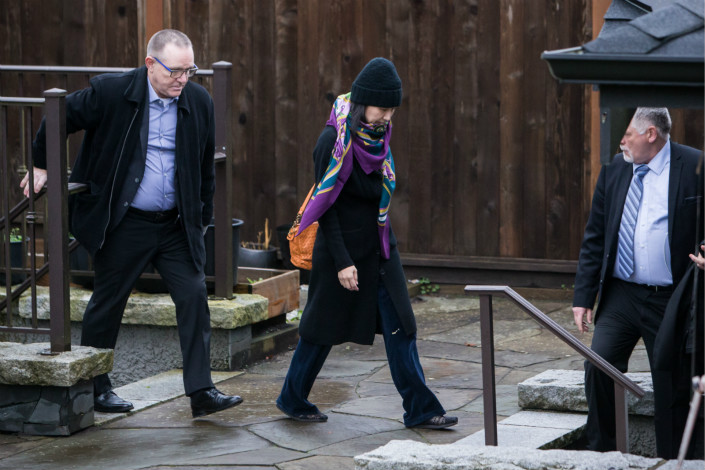 (Bloomberg) – Canada has officially ordered the start of extradition hearings against Huawei Technologies Co. Chief Financial Officer Meng Wanzhou, in a proceeding that promises to be long and politically explosive.

Canada’s Department of Justice issued a formal “authority to proceed” after reviewing the U.S. request that Meng be handed over to face fraud charges, according to a statement Friday. The U.S. alleges she lied to banks to trick them into processing transactions for Huawei that potentially violated Iran trade sanctions.

“The decision follows a thorough and diligent review of the evidence in this case,” according to the statement. “The Department is satisfied that the requirements set out by the Extradition Act for the issuance of an Authority to Proceed have been met and there is sufficient evidence to be put before an extradition judge for decision.”

The decision, while expected, fuels a diplomatic crisis with China, which has demanded Canada release Meng, who was detained in December while on a stopover in Vancouver. It also clouds the prospects for two Canadians detained there on national security grounds and a third fighting a death sentence for drug trafficking.

For Meng, the daughter of Huawei’s billionaire founder Ren Zhengfei, the decision sets in motion a process that could drag on for months and possibly years. If history is any guide, the odds are high that she will be extradited in the end.

Meng is next scheduled to appear in court on March 6 where the date of her first extradition hearing will be set, according to the statement.

Canadian judges end up approving about 90% of extradition requests because the system makes it nearly impossible to mount a defense, says Gary Botting, a Vancouver-based lawyer who’s been involved in hundreds of extradition cases.

That tilt toward extradition has led to baffling outcomes. In 2011, when Ontario Superior Court Justice Robert Maranger approved the extradition of Canadian sociology professor Hassan Diab to face murder charges, he said the French case was weak, problematic, and that Diab was “unlikely” to be convicted if given a fair trial. Nonetheless, he ordered Diab to be handed over, saying Canada’s extradition law left him no choice.

“Most cases are effectively rubber stamped by the judges because they must accept the evidence of the prosecutor,” says Botting. “It’s very, very difficult for the person that’s been accused to raise a defense because their evidence is not allowed unless it goes to the question of whether or not a crime has been committed.”

Under the Canada-U.S. extradition treaty, the judge has to determine whether Meng’s crime alleged by the U.S. would also constitute a crime in Canada – if so, she will be handed over to face trial.

In Meng’s case, U.S. prosecutors have probably deliberately framed Meng’s crime as fraud, says Botting. “That covers the waterfront because fraud is criminal – that’s a low test that Canada has to meet,” he says.

Meng will have multiple chances to appeal, and her lawyers have vowed to put up a vigorous fight.

How much time? As long as she has the means to fight it, according to Robert Currie, a professor at Dalhousie University in Halifax, Nova Scotia who specializes in international law.

Karlheinz Schreiber, a wealthy German-Canadian arms lobbyist, battled extradition for 10 years before finally being sent to Germany, where he was later convicted of tax evasion related to millions of dollars in kickbacks he received on sales of helicopters and planes in Canada.

“It often depends on the resources of the individual sought,” Currie said. “Obviously Meng has tremendous resources.”