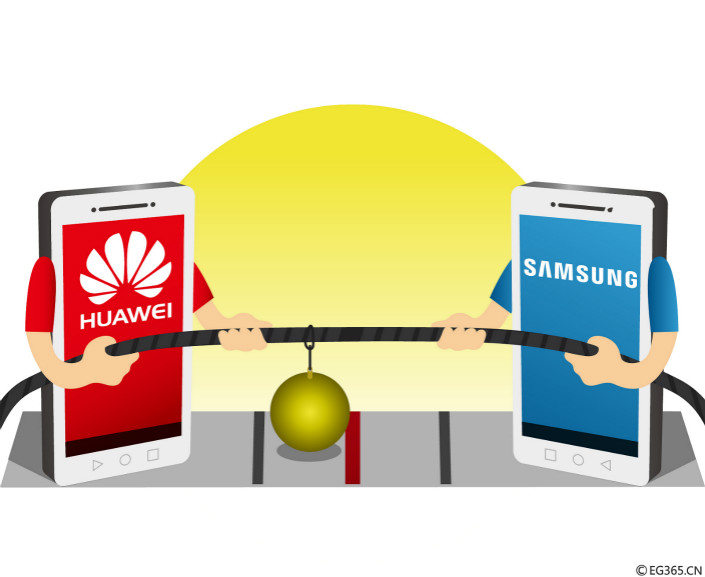 The cut-throat world of smartphone technology just got a little less litigious.

The industry’s top two players, South Korea’s Samsung and China’s Huawei, have decided officially to bury the hatchet after reaching a preliminary settlement to their series of suits and countersuits in the U.S. and China dating back to 2016, according to numerous media reports.

Huawei had accused Samsung of using its technology without authorization, while Samsung had accused Huawei of “grossly” inflating licensing fees, according to a Reuters report on the latest, and possibly final, twist in the long-running case.

All the bickering could soon be in the past, based on a joint filing made by the pair Tuesday with a U.S. appeals court. That filing sought to put the case on hold after the two sides said they reached a preliminary settlement a day earlier. The parties moved in the filing for a 30-day stay of the case while the deal is finalized. Details of the settlement weren’t disclosed .

The settlement comes just over a year after another court in Huawei’s hometown of Shenzhen ruled in the Chinese company’s favor and banned the Korean company from selling some smartphones in China that were found to violate a Huawei patent.

Such cases are relatively common in the lucrative and extremely competitive smartphone business. Most ultimately reach settlements like the one between Samsung and Huawei, though a major dispute between Apple and U.S. chip giant Qualcomm is still playing out in the courts.