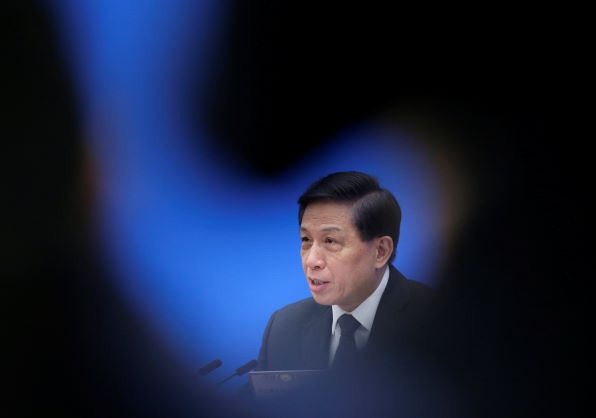 China and the U.S. have made "important progress" in trade talks, a spokesperson said Monday, demonstrating Beijing's optimism toward easing trade tensions among the world's two largest economies.

The remarks came after a CNN reporter asked Zhang Yesui, a spokesperson for the annual session of China’s national legislature and a former Chinese ambassador to Washington, how China will respond to a recent consensus by U.S. politicians labeling China a “strategic threat.”

"A China-U.S. relationship characterized by conflict and confrontation is in neither side’s interests,” Zhang said. “In addition, using an old ‘Cold War’ mindset to deal with the new problems of a globalized era is certainly no solution."

Zhang added that this year marks the 40th anniversary of China-U.S. diplomatic relations: "I believe that maintaining stability and development in relations between the two countries has brought enormous benefits to the people on both sides.... Cooperation is the best choice for both sides."

Related: What Would a China-U.S. Trade Deal Look Like?