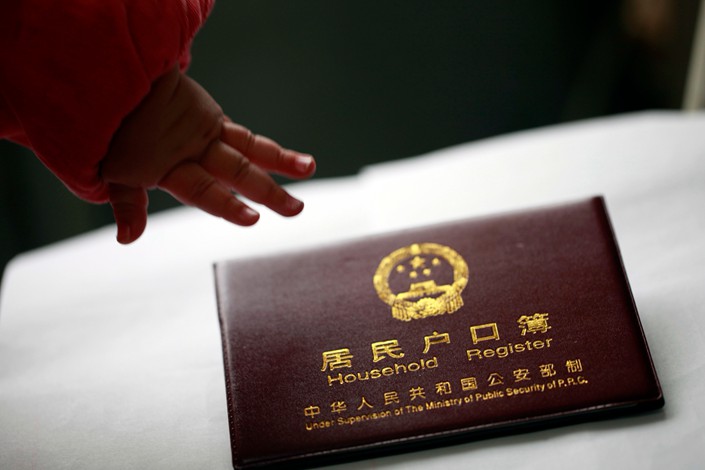 As the country faces an impending population crisis, some government departments have made steps toward protecting the rights of unmarried mothers. Photo: IC

As thousands of Chinese lawmakers and political advisers descend on Beijing for the country’s biggest political event of the year, economic policy has taken center stage.

But some delegates are hoping the ongoing Two Sessions — the meetings of China’s top legislative body, the National People’s Congress (NPC), and its main political advisory body, the Chinese People’s Political Consultative Conference (CPPCC) — will highlight to policymakers social issues like unmarried mothers’ rights, rare diseases, and legal aid for the poor.

Here are some social policy changes delegates are proposing this year:

China needs to protect the rights of unmarried mothers and their children, and abolish existing discriminatory policies, according to Huang Xihua, an NPC delegate from Guangdong province.

The country’s laws on women’s rights, marriage and family planning indirectly and vaguely imply that the right to have children shouldn’t be limited to married couples, Huang told Caixin. However, many local governments penalize unmarried parents — and particularly single mothers.

Caixin found that 20 regional governments, including Guangdong, Jiangsu and Sichuan, require unmarried parents to pay fines in the form of “social maintenance fees” — similar to the fees demanded of parents who have more than the legal limit of children.

Additionally, the country’s rules on assisted reproductive technology restrict single women’s access to services like sperm banks and egg freezing, said Huang, who is vice-secretary of the Huizhou city government in Guangdong.

Huang proposes that the country’s Ministry of Justice review regulations that levy fines for childbirth out of wedlock, and that National Health Commission review its regulations on assisted reproductive technology. She is also calling for public security authorities to register children born out of wedlock as legal residents unconditionally.

As the country faces an impending population crisis, some government departments have made steps toward protecting the rights of unmarried mothers. In February, Beijing’s municipal government began allowing children of unmarried women to gain a household registration, or “hukou,” in the city if their mothers also had one.

Huang has been an NPC delegate since 2003, and has previously called for the full liberalization of China’s birth control policies.

People with rare diseases in China often experience disability and poverty due to a lack of affordable medication, according to Ma Jin, a Shanghai-based member of the CPPCC.

China’s health authorities released their first official list of rare diseases in May, which included 121 conditions that each occurs in less than 1 out of 500,000 people in the population. But, currently, only 55 drugs used to treat 31 rare diseases are approved in China, Ma said.

Out of these 55 drugs, only 29 — used to treat 18 rare diseases — are covered by the national insurance system, making medical attention extremely costly for sufferers of other rare diseases.

Ma is proposing that the government establish a special fund to cover costs for patients with rare diseases, who number an estimated 20 million in China. The fund would be financed by a combination of public basic medical insurance contributions, central and local government funds, tobacco and alcohol taxes, lottery revenues and donations, Ma said.

China needs to make major improvements to its legal aid system, which provides free legal services to poorer citizens, according to Fang Yan, a delegate from Shaanxi province.

The country’s legal aid system was formally established in 1996, and specific regulations for implementing legal aid were set in 2003. Under Chinese law, every lawyer in the country has the duty to provide legal aid when asked to.

“But, in practice, there’s still a gap between legal aid (that is available) and the growing demand for legal aid from the masses, especially those in difficult circumstances,” said Fang, who is deputy chairman of the Shaanxi Province Lawyers Association.

Fang has drafted a proposal that calls for China to set down better guidelines for coordination between lawyers for complex cases, as well as for more legal aid training among law students. She also proposes that law firms in China’s major cities send lawyers to smaller county-level legal aid centers in order to direct more resources toward “grassroots” centers.