By Liu Yuqun and Isabelle Li 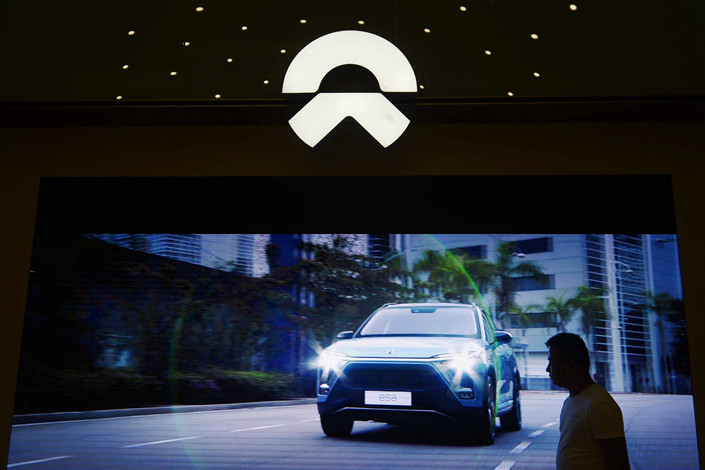 Electric-car maker Nio Inc. has abandoned its plan to build a factory in Shanghai, the company said in a statement, announcing its decision two months after rival Tesla Inc. broke ground on a manufacturing facility there.

The Nasdaq-listed firm made the announcement as it released its 2018 financial results after Tuesday trading ended in New York. Net losses were up 92% for the year to $1.4 billion, while losses in the last quarter grew 102.1% to $509.5 million.

In 2017, the company signed an agreement with Shanghai’s suburban Jiading district to construct a factory there. Then in December the central government released a regulation limiting the number of such facilities to curb the risk of overcapacity in a sector that has grown rapidly with the support of generous government subsidies that are now being rolled back.

According to rules issued by the country’s top economic planner, provincial-level authorities can approve a new electric car project only when existing projects have reached a certain capacity level. As work on Tesla’s factory began in January, it is likely to be several years before a second factory can be built in Shanghai.

The company said its decision would allow it to “focus on the joint manufacturing model in the long term." Nio’s vehicles are currently produced in partnership with state-owned JAC Motors in Anhui province capital Hefei.

“The existing Nio/JAC plant in Hefei will give it capacity and flexibility to support its market penetration and growth plans for the next two to three years,” the company said.

Nio’s margin of sales — the profit made from sales — turned positive for the first time in the last quarter of last year, reaching 3.7%, as capacity and deliveries grew.

Deliveries of its signature model ES8 reached 7,980 in the fourth quarter, compared with 3,268 in the third quarter.