Tackling China’s Soil Pollution May Be Harder Than Fighting PM2.5 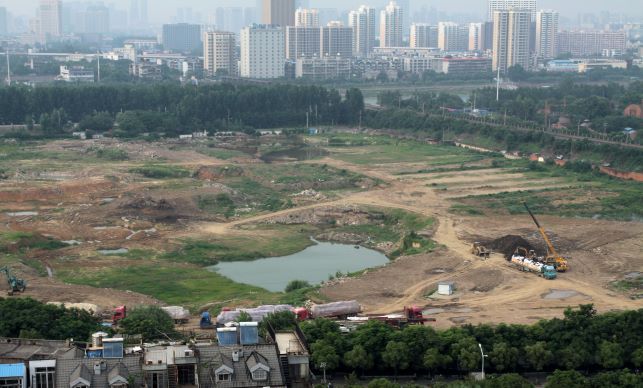 We usually don’t see it, or even think about it. But China’s soil pollution is in fact “very severe,” said Li Wei, director of the State Council’s Development Research Center, during a discussion at China’s CPPCC.

It could take longer – and require greater investment – for China to solve its soil-pollution issues than its air-pollution problems, Li said.

Pollution caused by pesticides and fertilizers in China’s soil is among the worst in the world, according to Li. He demonstrated his point with a case from Shandong province – a major agricultural and trading hub for North China – in which local farmers refused to consume the same ginger they were selling, for fear of toxicity caused by polluted soil.

Rampant water and soil pollution could eventually prevent Chinese agricultural products from qualifying for sale on international markets, he added. Li proposed that the State Council study the uses of pesticides and fertilizers, and spend two to three years working toward practical solutions.

But pesticides and fertilizers aren’t the only causes of China’s soil pollution. Soils are also polluted by industrial chemicals such as cadmium, a toxic heavy metal often used for making batteries, which can cause diseases when it seeps into rice through the soil. From 2016 to 2018, Quzhou in eastern China’s Zhejiang province reported seven instances of cadmium-polluted rice.