China's Demand for Tea Is Boiling Over 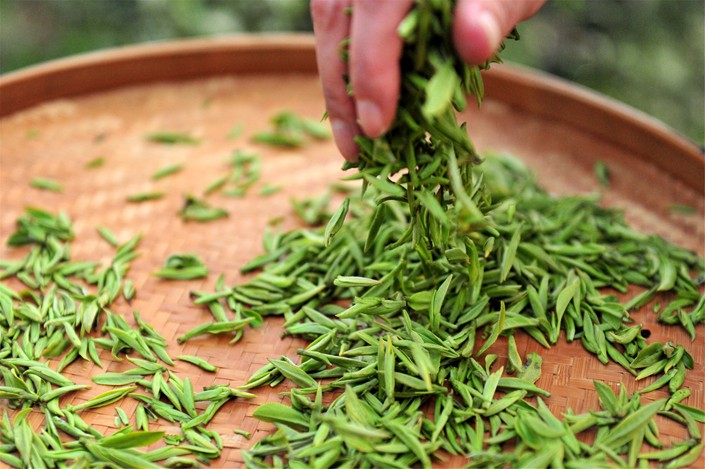 In just a few weeks, hillsides across China will be ripe for picking.

Tea leaves are sprouting, and their arrival will again begin a centuries-old cycle of plucking, drying, sorting and packaging for sale.

Though coffee shops are winning people over nationwide, growth in Chinese tea consumption is showing no sign of slowing down. The country’s tea production hit a high of 2.8 million tons in 2018, according to state media agency Xinhua, and that number is only going up.

And yet, 2.8 million tons is not nearly enough to slake the nation’s thirst. Imports of tea to China have also risen, particularly by companies selling Western-style teas.

All tea originated in China, technically — the country was home to the first Camellia sinesis, the bushes that grow tea leaves. But though Western brands may use some Chinese leaves, their styles of tea are markedly different from local ones, and brands like the U.K.’s Twinings and Lipton are making headway with their British-style blends.

Imports of tea were up by 33.9% in 2017 to a total value of $1.49 billion, according to a report released in November by the China Chamber of Commerce of Import and Export of Foodstuffs, as part of the China International Import Expo in Shanghai.

“While China is the world’s biggest tea exporter, the increase in imports also reflects ‘trading up’ as people want more of range, particularly ‘Western’ style tea, a trend catered to by a rising service sector,” industry analyst Chenjun Pan told Caixin at the time of the report’s release.

China is the birthplace of tea culture, but young Chinese are increasingly choosing pricier, imported teas over local ones. The growing demand shows that the market is not only thirsty for tea — but also willing to experiment with new forms of it to get a fix. And though that may seem like it would threaten the country’s traditional tea culture, the thirst is so great that both Chinese and non-Chinese teas are thriving.

The result is a market with room for a vast variety of tea-drinking experiences.

At teahouse chain Theatre Tea, for instance, whose contemporary-chic spaces can be found in high-end malls in Beijing and Shanghai, about four-fifths of the teas on offer are Western-style.

Theatre Tea customers can enjoy British classics like English breakfast and Earl Grey. But there are also blends with flavorful additions like vanilla, caramel or kiwi. Even varieties long-enjoyed in China such as oolong and green tea come with Western twists — one of the flavors, for instance, is “oolong mango” — a far cry from the purism prized in Chinese tea traditions.

The teas themselves are then served in formats relatively new to China — in “tea lattes” or on ice. As opposed to old-fashioned teahouses, where patrons lingered over pots of tea for hours, these versions are available to drink on-the-go.

“Young people don’t like the rituals,” says Leila Sun, marketing manager for Theatre Tea, tells Caixin. “We take the traditions and the rituals out of tea drinking.” The result, she says, is tea served in a more “modern and chic” way.

Theatre, however, has not eradicated the ritual surrounding tea; rather, it has replaced it with a new one. Its customers drink tea in a ritual typical of the 21st-century cafe. Tucked inside commercial centers, Theatre’s branches feature slick lounge chairs designed for socializing, much like the coffee shops that have taken over urban China in the past decade.

Theatre isn’t the only teahouse following this formula. Modern teahouse InWe launched in Shanghai in 2015, and has since opened shops in Nanjing, Hangzhou and Beijing. Popular fast-casual chain Element Fresh launched its own tea shop, Vital Tea, in 2016 in Shanghai. All of them serve imported teas in a Western-style cafe environment.

And this is all without mentioning bubble tea, the dessert-like milky version of tea that, in mid-2016, enjoyed a surge in popularity after shops began serving it with cheese foam.

“The young generation may like Western teas more,” says Sun. “Western teas are still new for the Chinese market.”

In November, the China Tea Marketing Association announced that the country would produce 2.8 million tons of tea in 2018, Xinhua reported — up from 2.6 million in 2017. That makes China the world’s largest producer of tea by a long shot.

Despite the huge numbers, there’s still plenty of room for tea consumption to grow. While China is the world’s largest market for tea overall, it lags behind other countries in tea consumed per capita, according to The Telegraph.

Analysts at consulting firm Frost and Sullivan predicted that China’s tea consumption would increase between 5% and 8% annually through 2020, China Daily reported.

This surge in demand means that there is room for all sorts of tea in China. Matthew Barry, a beverage analyst at market research firm Euromonitor International, compares the varied styles of tea in China to coffee in Turkey, where traditional Turkish coffee coexists alongside neighborhood Starbucks stores. After all, he says: “Traditional tea culture of somewhere like the UK is considerably different than that of China.”

“It's not about one replacing the other so much as multiple approaches co-existing at the same time,” he says. “I don't think there is any risk of China stopping drinking domestic teas any time soon.”