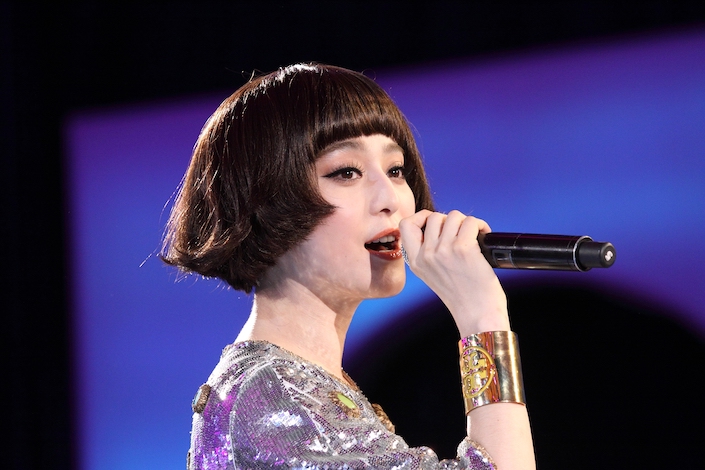 A scandal in China could ruin a celebrity's career — and a company's business.

Talent Television and Film said that the company failed to profit because no partners were willing to screen Fan’s film, for fear of being blamed for giving limelight to an alleged law-breaker.

One famous screenwriter, who is also a CPPCC delegate to China’s highest-level annual meetings going on this week, drafted a proposal with 30 other delegates to establish a “celebrity blacklist” to protect lawful interests of companies like Talent.

Zhao said that “celebrity scandal risks can be hard to predict. This could bring significant loss to investors, and will affect other innocent actors and actresses.” She added that it’s unfortunate that TV series and films starring such celebrities will often be “killed” permanently by the industry to avoid audiences' boycotts.

The celebrity blacklist would keep records on scandal-involved celebrities, and allow further punishment decided by the industry and legal departments. This includes setting up an industry rating system to evaluate the seriousness of a celebrity’s scandal.

The proposal also advocates that a TV series or film starring a scandal-ridden celebrity might be prohibited from being screened, but for no more than six months. Zhao said the proposal will allow investors to demand material compensation from the celebrities.