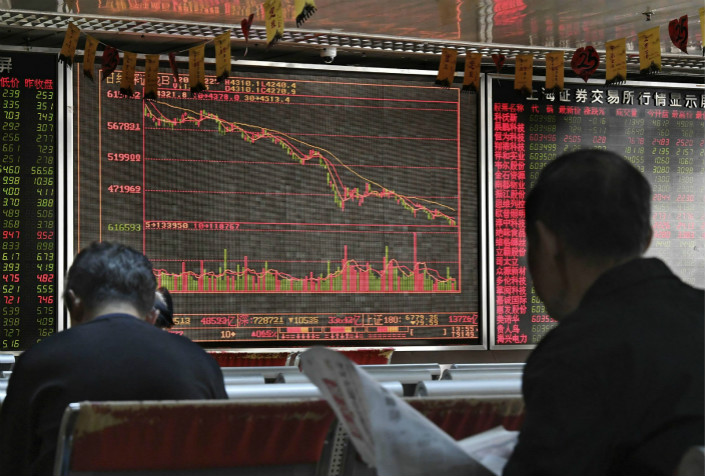 China’s securities regulator recently gathered brokerage firms to address tighter oversight for a form of risky informal lending that contributed to the stock market’s bubble and crash in 2015, Caixin has learned.

The type of lending, over-the-counter leveraged loans, allows an investor to borrow money to amplify the size of a stock investment. Such loans can be multiple times the size of the amount the investor initially has to invest.

So, for example, an investor who wants to make a 10,000 yuan ($1,491) bet on a certain stock can take out a loan up to 10 times that amount from informal lenders and use it to buy shares. The advantage is that such a loan will amplify the investor’s gains tenfold. The drawback is that it will also amply the investor’s losses tenfold.

When many investors have such loans, their investments can affect the entire stock market, turning rallies into surges and dives into crashes. Over-the-counter leveraged loans helped the benchmark Shanghai Composite Index hit an all-time high of 5,178.19 on June 12, 2015, before contributing to its crash to 2,850.71 less than three months later.

The meeting, hosted by The Securities Association of China, was attended by Tong Weihua, deputy director of Department of Fund and Intermediary Supervision at China Securities Regulatory Commission (CSRC).

Tong told those in attendance that securities firms should learn the lessons of 2015 and not offer any conveniences to leveraged-loan businesses. He also required research departments at securities firms to use caution when commenting on the market.