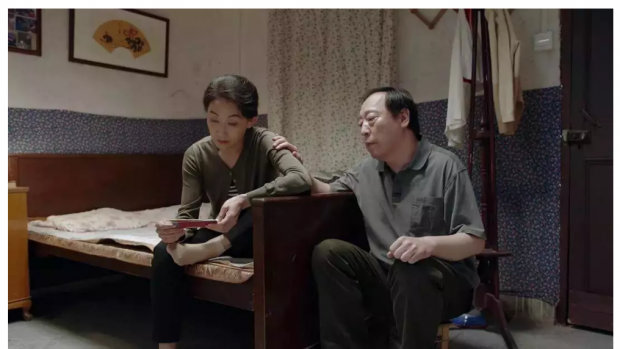 A TV series has triggered heated debate in China, portraying the “true” driving force behind Chinese families: to raise children as products to satisfy parents' needs, and to conduct familial relations like "business deals.”

In “All is Well" very little is well. In the Su family, a dominant mother has grown up in a family that adores only male members, and so she raises her two sons as assets that serve emotional needs she failed to receive in her childhood. Meanwhile, an ordinary and vulnerable father has little voice in decision-making.

A son is turned into the family’s “honor earner,” a Stanford graduate who under-appreciates the tuition fees he gets from the mom who has sold her apartment to procure the money. This is all deemed ok as long as he brings “glory” to the family.

Another son is raised as an "acknowledgement giver," who compliments the mom to heal her childhood wounds and get money and attention in return.

The daughter, meanwhile, is seen a "useless nothing," as there are no needs she can fulfill. Receiving little support from the family she desperately wishes to leave, the girl finally grows up as an independent woman but struggles with commitment to trust or love.

Two psychologists writing on WeChat argued that the show's popularity is largely due to its real-world portrayal. They believe many Chinese families are in an abnormal state in which kinship is about parents raising children to satisfy their own needs and children serving those needs to receive love and attention in exchange. The twisted intergenerational relationships become a cycle that the Chinese families can hardly break free from.

“The tragic legacy passed down by previous generations can only be resolved if one generation can be aware of the harm and refuse to sacrifice others' lives in order to heal their own wounds. It is not easy, but we hope we will be that generation,” the psychologists said.