Kangde Xin Fails to Scrape Together $9 Million for Interest Payment

By Ren Huilan and Fran Wang 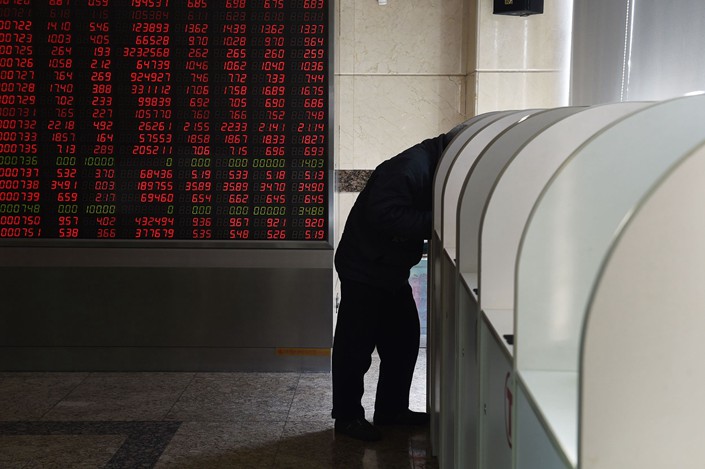 The debt crisis at troubled laminating film manufacturer Kangde Xin is deepening, as the company warns investors it might be unable to pay interest on a dollar bond after defaulting on three yuan notes earlier this year.

Kangde Xin Composite Material Group has failed to amass enough funds to cover a $9 million interest payment due Monday on a $300 million bond it issued via a subsidiary, the company said in a filing (link in Chinese) with the Shenzhen Stock Exchange late Thursday. The three-year bond, which is traded in Hong Kong, will mature in one year but interest is to be paid on it every six months.

A default will be confirmed if the company fails to make the interest payment within 30 days from Monday, according to the statement.

The announcement marks the latest trouble faced by the debt-laden company, which is based in the city of Zhangjiagang in the eastern province of Jiangsu. Kangde Xin on Feb. 15 missed an interest payment (link in Chinese) of 55 million yuan ($8.2 million) on a one-billion-yuan five-year note, after defaulting on two short-term debts worth a combined 1.5 billion yuan in principal in January.

Hong Kong trading of the Kangde Xin dollar bond has been suspended since Jan. 16, following the announcement of its failure to repay the first short-term debt, which could lead to a cross-default on the offshore note.

The company has been embroiled in dozens of lawsuits over the defaults. Creditors have rushed to ask the courts to freeze Kangde Xin’s assets and bank accounts, leaving the company with even less cash to repay its maturing debts and raising the chance of more defaults.

At least 67 bank accounts belonging to the company and its wholly-owned subsidiaries have been frozen by the courts and more than 2.2 billion yuan worth of land, real estate and machines have been frozen, according to Kangde Xin’s filings with the Shenzhen bourse since late January. In addition, its equity holdings in different companies with a combined book value of around 11 billion yuan have also been frozen, its statement released on Monday said.

Kangde Xin had 16.7 billion yuan in debt as of the end of September, about 45% of its total assets, according the latest available figures released by the company. It earned 401.6 million yuan in net profit last year, down 83.8% from 2017, according to a statement (link in Chinese) late last month.

Company founder Zhong Yu in late January told creditors that he was willing to provide a personal guarantee for the company’s debts and promised repayments by the end of March. He resigned as its chairman last month. The company revealed in October that Zhong had been put under investigation by the country's securities regulator due to suspected violation of information disclosure rules.