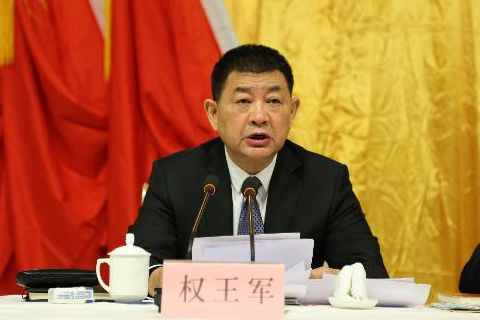 Another Shaanxi official has been placed under investigation for corruption. His position? Head of a city’s anti-corruption department.

Shaanxi’s corruption watchdog announced yesterday that Quan Wangjun, the director and Communist Party secretary of the Xianyang City Discipline Inspection Commission, has been placed under investigation for “serious violations of discipline and law,” a euphemism for corruption.

According to one person with knowledge of the information, who wished to remain anonymous due to the sensitivity of corruption investigations, said Quan, 57, had been aware of the impending investigation and had considered committing suicide. On March 10, a suicide note he had allegedly written was circulated online.

Quan is the second high-level official in Shaanxi’s disciplinary system to be investigated recently. In August, former director of the Corruption Prevention Department of the Shaanxi Discipline and Inspection Commission, Hu Chuanxiang, was placed under investigation. He was expelled from the Communist Party in February.