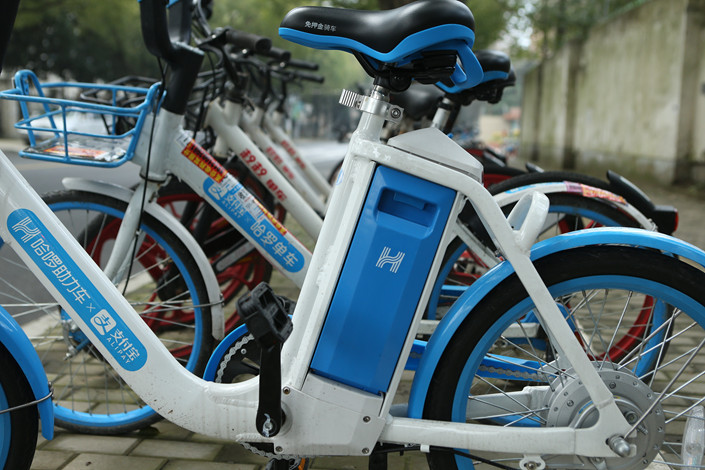 China’s Ministry of Transport has issued new draft rules that aim to prevent the misuse of deposits by sharing-economy companies, following reports that bike-sharing and car-sharing firms have struggled to repay their customers.

The draft rules, released Tuesday, aim to restrict how much money companies can collect from their users and what they can do with it.

While the rules discourage companies from taking deposits, any deposits that are collected should be kept in users’ own accounts or specific accounts set up by the companies for that purpose, they say.

They hold companies responsible for the financial security of the deposits in their accounts and say they should not be spent on other parts of companies’ businesses or on external investments.

Under the proposed regulations, deposits for shared-bike services would not be allowed to exceed 10% of the average cost of a bike, while for shared cars the upper limit would be 2% of the vehicles’ average cost. The amount of money that users can pre-pay into their accounts is also limited by the rules — only 100 yuan ($15) for shared bikes, and 8,000 yuan for other sharing services including cars.

Once users apply for a refund, companies should process the request and return the deposit on the same day, or at least the next day, according to the draft.

The tighter regulations come after cases of firms struggling to pay back deposits. Bike-sharing startup Ofo faced a financial and public relations crisis when millions of users demanded their deposits back. It was also revealed that car-sharing ventures such as Togo have had deposit refund issues.

The sharing economy took China by storm in recent years, but the deposit refund issue emerged as cash flows tightened amid the ongoing economic slowdown.

Multiple sources from the sector told Caixin that companies have dipped into their deposits, using the cash to fund their rapid expansion and on external investments. However the sector has largely failed to find a profitable business model — so once these funds were spent there was no fresh income to replace them.

Sharing-economy companies including Mobike, Hellobike and car-sharing company GoFun have released official responses to the draft rules, saying they will support the final regulation and ensure the safety of users’ deposits.

The new rules are still up for discussion, with the deadline for feedback and suggestions set at April 3.