China Telecom to Invest 9 Billion Yuan in 5G This Year 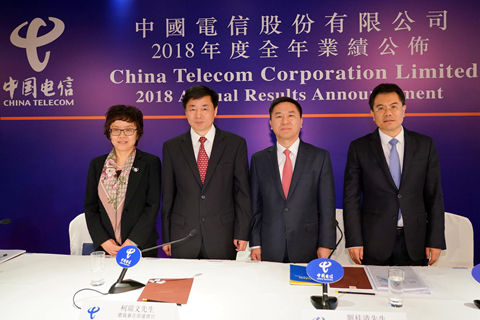 China Telecom, one of the country's three major carriers, said it will invest 9 billion yuan ($1.3 billion) in the development of 5G this year, as China competes to lead in the next-generation technology.

Company President and Chief Operating Officer Ke Ruiwen announced the plan on Tuesday at a press conference in Hong Kong while releasing the company's annual report in 2018 and outlook for this year.

The 9 billion yuan is a fraction of the expected spending to update the fifth generation of mobile telecom services in China — which will cost carriers an estimated 1.2 trillion yuan, or 1.5 times their investment in the 4G network, said Wei Leping, a telecom expert at the Ministry of Industry and Information Technology.

The announcement comes just days after state-owned China Unicom said it would invest up to 8 billion yuan in 5G this year.

China Telecom’s net profit hit 21.21 billion yuan in 2018, up 13.9% from the previous year, fueled by increasing subscribers of its telecom and cloud services. Revenue rose 3% to 377 billion yuan.